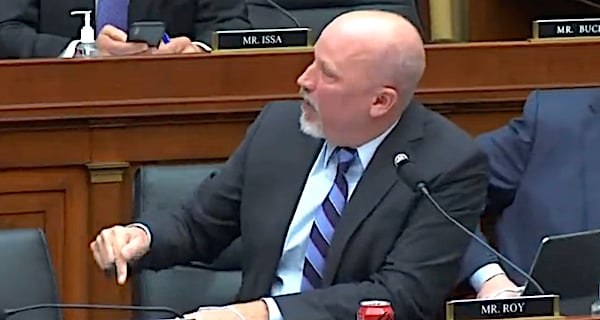 Marveling at the sharp but quiet pivot his Democratic colleagues took from their defund-the-police campaign, U.S. Rep. Chip Roy, R-Texas, presented a list of subjects his political opponents "don't want to talk about."

In a session Wednesday of the House Judiciary Committee, Roy recalled "quote after quote after quote on the record calling for the defunding of police." But now Democrats are proposing spending $350 billion of taxpayer money "to solve the problem" of the spike in crime that resulted from their policies.

He noted it was the left-leaning Washington Post that fact-checked Democrats, including White House spokeswoman Jen Psaki, for falsely claiming Republicans defunded the police. 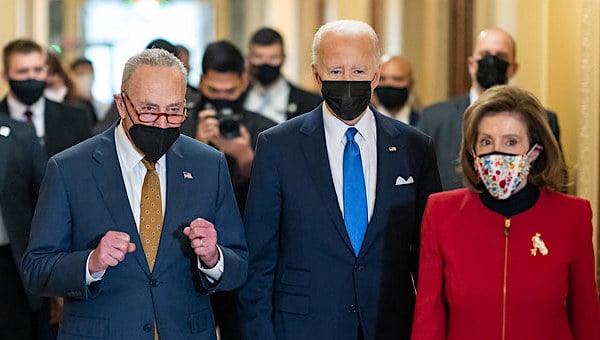 Turning to the issue of abortion, Roy noted he predicted that Democrats wouldn't mention the word "heartbeat" when talking about the "Heartbeat Protection Act," which would prohibit abortion in cases in which a fetal heartbeat is detectable.

"Guess what? They didn't. Because 'heartbeat' doesn't really help the agenda – talking about a heartbeat – does it?" he said.

Democrats, he said, also don't want to talk about the "skyrocketing," record murder rates in 12 cities run by Democratic mayors and the fact that 89% of black murder victims are killed by black offenders.

"We don't want to talk about that, or talk about ways we can address that, because it's not helpful to the agenda," he said.

Here is 7 minutes of Democrats saying, “DEFUND THE POLICE!” pic.twitter.com/Y7lwPAnEiw

Democrats, he continued, also don't want to talk about the Americans who have died from fentanyl, the 100,000 deaths from drug overdoses and poisoning.

"Don't want to talk about that – not helpful to the open borders agenda causing Americans to die."

He also brought up the deaths resulting from COVID-19 measures, including suicides and mental health issues as well as the cancers and other deadly diseases missed by canceled screenings.

"Are we studying that data? No. Because it's not helpful to the agenda."

Earlier this week, WND spoke to Edward Dowd, a former Wall Street analyst who has compiled CDC data showing an alarming rise in excess deaths among Millennials over the past year amid the COVID vaccine rollout.

Roy also brought up the consequences of "radical energy policies" that prevent the U.S. from being energy independent.

In closing, he said he never hears his constituents plead with him to give the Justice Department, the FBI and the Department of Homeland Security more power.

Yet, citing an FBI counter-terrorism criminal division threat tag targeting people who oppose COVID measures and believe fraud determined the outcome of the 2020 election, the Texas lawmaker said a bill proposed by the Democrats "would empower federal bureaucrats, federal authorities to go after the American people."