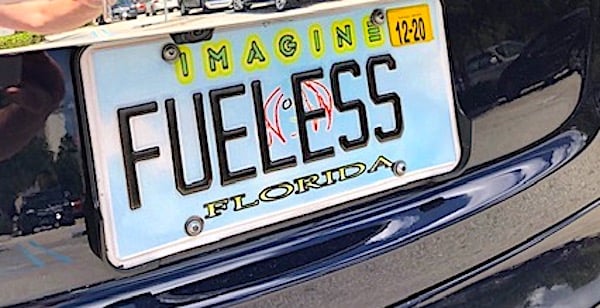 Joe Biden's White House on Monday was being blasted for apparent plans to appeal to various dictators to help America with its energy needs while the world's markets are in upheaval because of Russia's invasion of Ukraine and its deadly attacks on civilians.

The nationwide price of fuel at the pump hit $4.10 per gallon on Monday, the highest ever, as a result of the chaos that had its beginnings in Biden's insistence when he took office on shutting down just about every oil or gas production project on which he could lay his hands.

One of the biggest was the Keystone XL pipeline, which would have provided the U.S. with more energy than what it came to be importing from Russia under Biden's orders.

"We have the ability, in the United States, to completely fulfill all the Russian oil imports that are coming into the United States with domestic production," he said. "North Dakota alone, we’re operating at 400,000 barrels per day below what we were prior to the pandemic. That can easily be turned back on again."

"The idea that we are talking with authoritarian regimes, Venezuela and Iran, to try to increase production … it’s absolutely absurd," he said.

Forbes editorialized that what could help America most now would be an immediately summit involving oil producers.

"To be clear, Russian oil production isn’t being impacted directly by the war. Rather, the oil market is responding to the idea that Russian oil might be boycotted in places like Europe and the U.S. The idea that a substantial chunk of global oil production might go offline is what has rapidly driven oil prices above $100/bbl. In reality, China will gladly buy oil that is rejected by the West. What a boycott really means is that oil flows around the world will shift," the report explained.

It said Russia has been providing 670,000 barrels of oil per day to the U.S., and is America's third-ranking provider.

"In response to the potential loss of this oil — as well as oil prices that are rising unabated — the Biden administration has sent a team to Venezuela to try to improve relations there. They are discussing a trip to Saudi Arabia to try to patch up that relationship as well," the report said.

The report said there were "terrible optics of having a hostile relationship with the U.S. oil industry, while reaching out to Venezuela and Saudi Arabia in the hope that they can provide us with more oil."

The proposed summit, then, should include "the CEOs of ExxonMobil, Chevron, ConocoPhillips, EOG Resources — all of the major players … Ask them what needs to be done to get U.S. oil production back to pre-pandemic levels."

Axios noted Biden's advisers indicated a trip by Biden to Saudi Arabia would be to "convince the kingdom to pump more oil."

The report said, "The possibility also shows how Russia's invasion is scrambling world's alliances, forcing the U.S. to reorder its priorities — and potentially recalibrating its emphasis on human rights."

Breitbart noted the U.S. benchmark oil price on Monday surged to more than $130 per barrel.

"Oil prices have risen on fears of a full embargo against Russian oil, which accounted for about 10 percent of the global supply before the invasion of Ukraine. As well, many in the market are refusing to bid, ship, or unload Russian oil, pushing up demand for other sources," the report said.

Bloomberg pointed out that the White House had tried to deflect blame for the threat facing the nation by accusing oil companies of holding 9,000 federal drilling permits on which they had not acted.

But Mike Sommers, the chief of the American Petroleum Institute, said the industry is using a higher percentage of federal onshore and offshore leases than at any time in the past, and it’s continuing to increase production to meet surging demand.

He explained, "There’s a fundamental misunderstanding of the administration as to how the process actually works. Just because you have a lease doesn’t mean there’s actually oil and gas in that lease, and there has to be a lot of development that occurs between the leasing and then ultimately permitting for that acreage to be productive.

"I think that they’re purposefully misusing the facts here to advantage their position," he said.

Bob Unruh
Bob Unruh joined WND in 2006 after nearly three decades with the Associated Press, as well as several Upper Midwest newspapers, where he covered everything from legislative battles and sports to tornadoes and homicidal survivalists. He is also a photographer whose scenic work has been used commercially.
Tucker Carlson shows how Democrats have spent 18 months rounding up 'dissidents'
Couple who wielded guns against mob sues congresswoman
Calls surge for special counsel to investigate Hunter Biden
Pelosi takes Communion with pope, snubbing orders from own archbishop
'What a show it was!' Pelosi's Jan. 6 committee loved by media
See more...