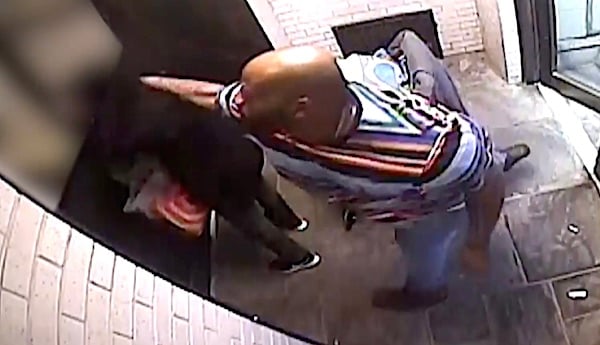 Authorities in New York arrested a man Friday for attempted murder after he was caught on camera beating and kicking a 67-year-old Asian woman, according to police.

The suspect, 42-year-old Tammel Esco, followed the victim into her building and called her “Asian bitch” while she unlocked her door and ignored him, according to a statement from the Yonkers Police Department.

Esco is then seen knocking the woman to the ground with a strike on the back of her head and proceeding to punch her more than 100 times as well as stomping on her body.

The victim was hospitalized with brain bleeding, facial bone fractures and lacerations to the head and face, according to police. She is expected to survive.

Esco is charged with attempted murder and assault as hate crimes and is being held in the Westchester County Jail, police said.

“This is one of the most appalling attacks I have ever seen,” Yonkers Police Commissioner John Mueller said in the statement. “To beat a helpless woman is despicable and targeting her because of her race makes it more so. This defendant must be held to the maximum punishment allowed by law to send a clear message that hateful, violent behavior will not be tolerated in our communities.”