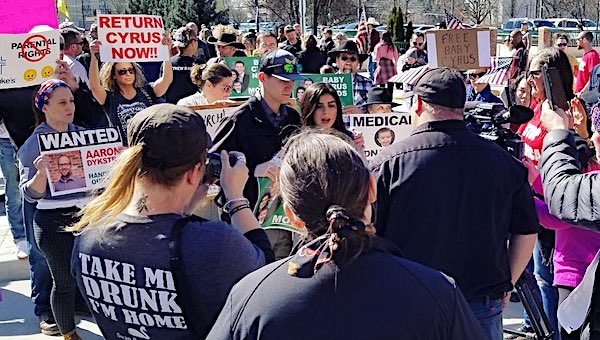 Bundy was apparently protesting a 10-month-old baby that had been taken to the hospital by the Meridian Police after they received a Health and Welfare referral reference.

Today hundreds of people gathered with us at St. Luke’s in Boise to demand an end to medical tyranny and a prompt return of Baby Cyrus to his loving parents. Thank you to everyone who showed up to support the Anderson family. pic.twitter.com/CiFSzINIcu

The Meridian Police said in a statement that the baby was “suffering from severe malnourishment.”