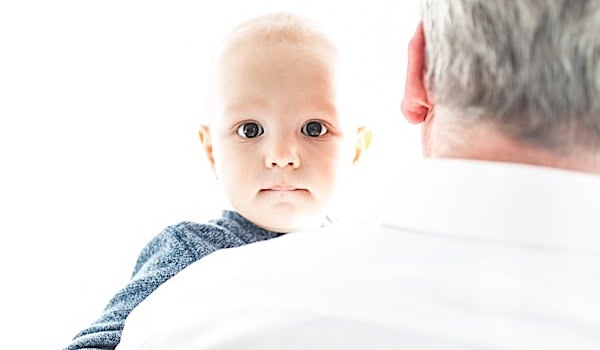 (Photo by Filip Mroz on Unsplash)

Only weeks after Colorado moved aggressively to allow "perinatal" deaths of infants, using a term that could mean abortion before birth or infanticide after birth, California lawmakers are moving forward with the same agenda.

Colorado, which infamously approved abortion before it was legal in the United States, recently adopted a plan that bans punishment for anyone doing something or not doing something that allows the death of a child, either before birth or after.

The Democrat majority in the state lawmaking body was soundly condemned for the obvious fact that its law – now in the final stages of being adopted – would allow someone to simply abandon a baby after birth and let it die – infanticide.

Now Decision Magazine is reporting on California's AB 2223 changes to the state Health and Safety Code that would do the same.

Is killing human beings the driving motivation behind most policies of Democrats?
97% (288 Votes)
3% (8 Votes)

And James Dobson of Colorado-based James Dobson's FamilyTalk radio urged residents to contact their representatives and senators about HB22-1279.

He said the Democrats are "on the verge of passing the most radical abortion law in the country."

The concept actually isn't new. Every few months or years, some extremist brings up the idea of allowing abortion after birth. It's relatively easy to discard when some loner at a university on the other side of the world discusses a wild-eyed plan.

Maryland's plan states: "This section may not be construed to authorize any form of investigation or penalty for a person . . . experiencing a . . . perinatal death related to a failure to act.' (Emphasis added). In other words, a baby born alive and well could be abandoned and left to starve or freeze to death, and nothing could be done to punish those who participated in that cruel death."

The bill also includes a section that would allow "a person [to] bring a cause of action for damages if the person was subject to unlawful arrest or criminal investigation for a violation of this section as a result of . . . experiencing a . . . perinatal death."

Bob Unruh
Bob Unruh joined WND in 2006 after nearly three decades with the Associated Press, as well as several Upper Midwest newspapers, where he covered everything from legislative battles and sports to tornadoes and homicidal survivalists. He is also a photographer whose scenic work has been used commercially.
Biden bizarrely claims 8.5% inflation actually is 'a number: zero'
'When you jail your political opponents, it's easy to stay in office'
'Slap in the face': Pro-life Americans urged to boycott this major retailer
Oops! Jan. 6 committee backfiring in spectacular way on Democrats
Iran military man charged in murder-for-hire plot of top Trump adviser
See more...