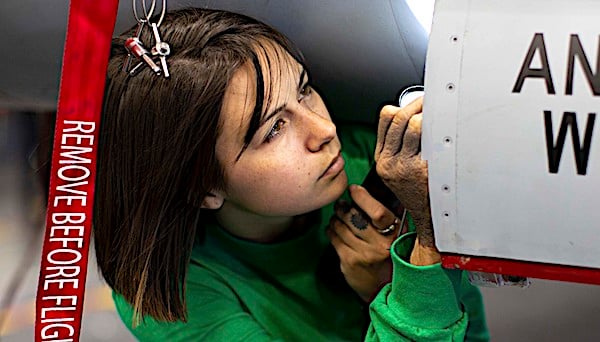 The Christian Institute has confirmed that two Labour Party members in the United Kingdom say they are unable to define what is a woman.

It is their party that has promised to eliminate the safeguards in the nation's Gender Recognition Act so that people could simply call themselves a man or a woman, and that's how they would have to be recognized.

Currently a medical diagnosis of gender dysphoria is required, and the individual must have lived as a member of their chosen sex for two years.

But, the Institute reported, Dodds was speaking on Emma Barnett on BC Radio 4 and could not define woman.

She claimed there are "different definitions legally around what a woman actually is," and said those include "the biological definition, legal definition" and "all kinds of things."

Dodds said the actual meaning depends on the "context," because there are men who now say they are women and "they want to be defined as a woman."

Cooper, in an interview on Times Radio, said it was "pointless" to try and define woman.

The Institute noted that author JK Rowling then commented on social media, "Someone please send the Shadow Minister for Equalities a dictionary and a backbone."

"Apparently, under a Labour government, today will become We Who Must Not Be Named Day," she said.

Suzanne Moore, a journalist writing in the Daily Telegraph, said, "In the space of a few years we’ve reached the point where a politician can’t explain what a woman is on the radio on a program called Woman’s Hour, showing how mad the debate has become."

Following the science, a man cannot become a woman, nor vice versa, because being male or female is embedded down to the DNA level.

In the Telegraph, a report revealed Cooper simply refused to give an answer, saying, "I just think people get into rabbit holes on this. Why are we all getting ourselves tangled up?"

Dodds later waffled on the issue, saying, "The law quite clearly states two things, that a woman is an adult female, and it allows for trans women to be legally recognized as women. Those are the two positions in law."

The issue has been contentious in the party, with MP Rosie Duffield declining to attend the party's recent Brighton conference after being threatened for saying being a woman is based on biology.