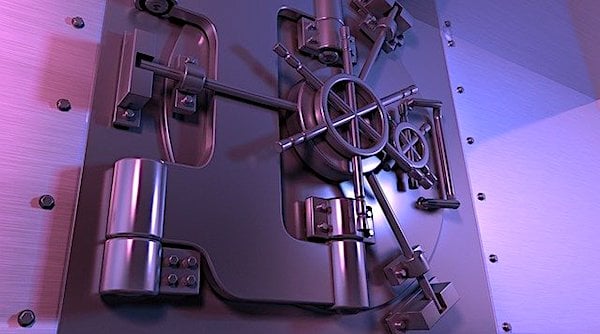 The U.S. Export-Import Bank is closing for business in Russia.

The news, first reported by RealClearPolitics, comes nearly three weeks after Russian tanks started rolling across Ukraine and after the Biden administration loosed withering financial sanctions against Moscow in retaliation for the invasion. And while a spokesperson for Ex-Im did not give an exact date, the official did tell RCP that the close of business will occur “shortly.”

“Ex-Im's board will be voting to take the additional step of formally closing in Russia,” they said in a written statement to RCP, “as a strong, clear signal of the agency’s support for the President’s sanctions.”

The signal is mostly symbolic: Ex-Im stopped underwriting loans for Russian corporations after President Vladimir Putin’s invasion of Crimea in 2014.

The move will likely go overlooked: Few people are familiar with the federal agency that uses billions of taxpayer dollars to provide financial assistance to foreign businesses buying American goods. Even White House Press Secretary Jen Psaki couldn’t say for sure if Ex-Im was still operating in Russia when RCP asked last week.

But the Ex-Im decision to close shop for Russian companies represents one more episode in the larger story of the failed “Russian reset.” Two of the banks in Moscow that Biden has singled out for sanctions previously enjoyed generous financial support during the Obama administration.

The Treasury Department targeted Sberbank in Russia in its first tranche of sanctions last month, explaining that the bank is “the largest financial institution in Russia and is majority-owned by the Government of Russia.” That now-sanctioned government bank, as the Washington Examiner previously reported, inked a 2012 deal with Ex-Im worth $1 billion.

Treasury also sanctioned Vnesheconombank, another state-owned financial institution “that provide key services crucial to financing the Kremlin and the Russian military.” It also received generous financing from Ex-Im. The bank voted in 2013 to guarantee a $500 million loan for Vnesheconombank in order to purchase passenger jets from Boeing.

This kind of business came to a halt the last time Putin invaded Ukraine. The Export-Import bank hasn’t authorized a single transaction for Russian companies since July of 2014, a decision an official told RCP that “has continued to date.”

Balances remain outstanding, however. Ex-Im still has $428.8 million in exposure, mostly in loan guarantees for Russian purchases in the American aviation industry. “Per the recent sanctions,” an Ex-Im official said, “we are working expeditiously to resolve those repayments to U.S. taxpayers.”

It could be difficult to collect. Not only has that balance been outstanding for the last seven years, Russia has now announced plans to seize the assets of western nations, a move that Psaki warned would “compound the clear message to the global business community that Russia is not a safe place to invest and do business.”

The taxpayer-funded bank was once the focal point of a larger debate over cronyism and corporate welfare. Conservative opponents argued that Ex-Im existed for the benefit of a few multinational corporations and insist that the bank does not do much to actually boost U.S. exports anyway.

Conservatives managed to shutter Ex-Im briefly in June of 2015 by withholding congressional re-authorization. A number of former diplomats protested that without the bank, the U.S. would lose an important tool that “furthers international trade and enhances American national security.” Led by former Secretary of State Madeleine Albright and former Secretary of Defense William Cohen, a dozen former federal officials penned a letter that summer, pleading with Congress to keep the bank open.

“American economic engagement through exports to foreign countries is truly a win-win proposition,” they wrote at the time, “and the American government must do what it can to support our companies on the front lines.”

A critical tool for diplomacy, or corporate welfare for global competitors – either way, Ex-Im won’t be operating in Russia anymore.