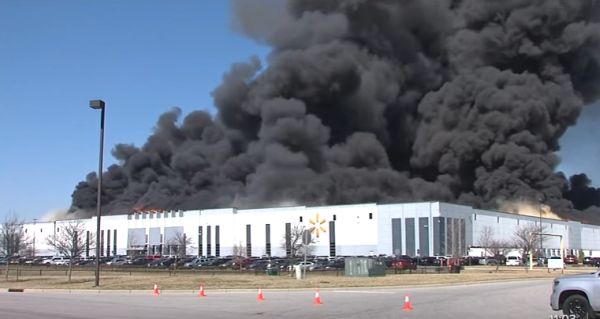 (FOX 10 PHOENIX) – Up to 200 firefighters are battling a massive warehouse fire at a Walmart distribution center in Plainfield, Indiana.

Authorities said the blaze broke out just before noon Wednesday. Fire officials tweeted that crews have responded to the building on Allpoints Parkway and are asking people to avoid the area.

Authorities said around 1,000 people were inside the building but reported no injuries. They were bused to a nearby location to be reunited with family members.