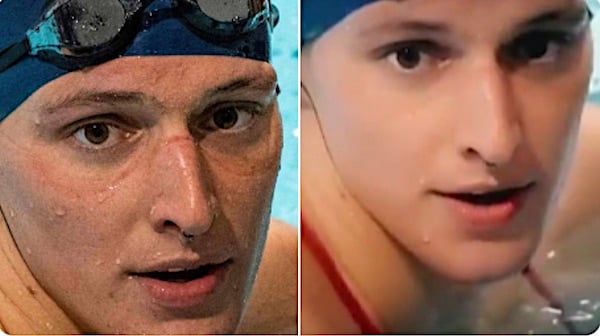 Swimmer Lia Thomas, whose image on the right was allegedly airbrushed by NBC. (Twitter)

As if fake news were not fake enough already, now NBC is accused of airbrushing a photograph of collegiate swimmer Lia Thomas to make the transgender athlete appear more feminine.

"I'm crying. Why did NBC Today airbrush the [bleep] out of this picture? lmaooooo," asked one Twitter user.

"It's pretty damn obvious," noted a report by Twitchy.com.

"We're so old we remember the controversy over TIME magazine darkening O.J. Simpson's mug shot for its cover, eliciting accusations of racism. And then there's that photo of the Capitol riot they always use that makes it look like the building's surrounded by flames. Altering photos is pretty sketchy business."

"Now we can't unsee it. Why did NBC News put a soft filter on Thomas' face?"

Lia Thomas, a swimmer from the University of Pennsylvania, will compete to become the first Division 1 openly transgender athlete to be crowned a national champion. @ReporterBlayne reports. pic.twitter.com/LahSBHZj4w

The report concluded: "It's weird because NBC News seems to have used the unaltered photo as well, and the thing is, someone had to put time into this – it didn't just happen."

Has deception become standard business for most of the national news media?
99% (993 Votes)
1% (5 Votes)

Twitter users went wild with their reactions to Thomas' apparently altered state, including:

Journalists used to get fired for airbrushing news photographs. Now they're airbrushing Lia Thomas (for obvious reasons) and apparently that is journalism.

Exactly. They need to airbrush his vulva. 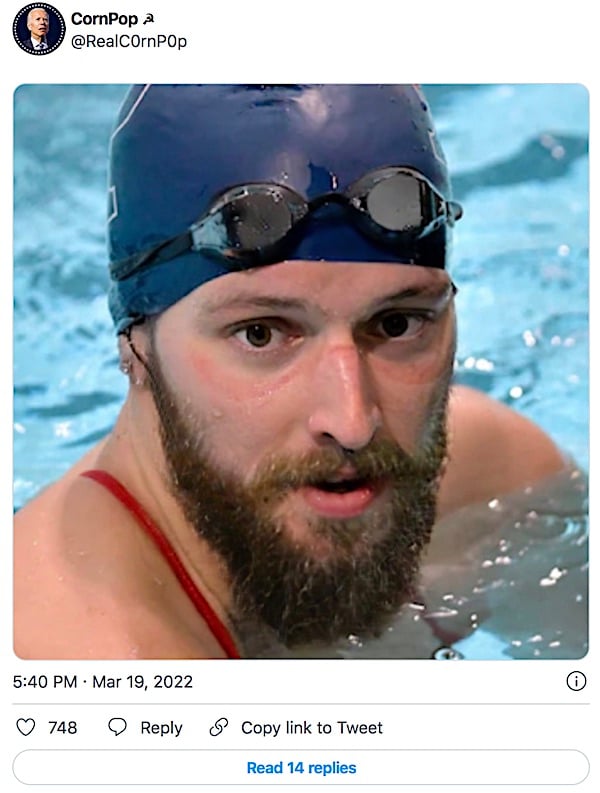