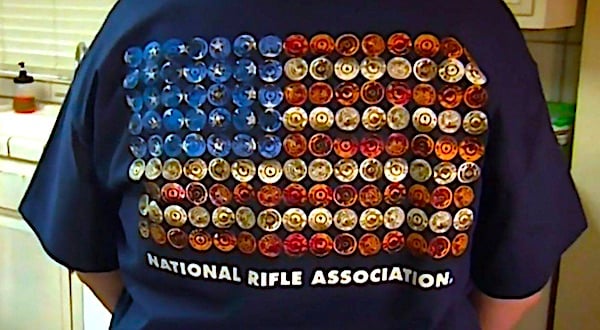 A court in New York handed a prominent Second Amendment advocacy organization a victory Wednesday in an ongoing legal battle over its existence, among other allegations.

“The NRA is a prominent advocacy organization that represents the interests of millions of members who have stuck with it despite the well-publicized allegations in this and other cases,” Cohen wrote in his ruling. “The State-sponsored dissolution of such an entity is not something to be taken lightly or without a compelling need.”

“In short, the Complaint does not allege the type of public harm that is the legal linchpin for imposing the ‘corporate death penalty,'” Cohen added.

James sued to dissolve the NRA in August 2020, claiming financial misconduct on the part of top officers of the gun-rights organization, including Executive Vice President Wayne LaPierre. The NRA counter-sued, claiming James was retaliating against the group for its advocacy against gun control.

“We applaud the court’s recognition that dissolution is neither appropriate nor justified,” William A. Brewer III, partner at Brewer, Attorneys & Counselors and counsel to the NRA said in a release sent to the Daily Caller News Foundation. “We look forward to continuing the defense of the NRA – and proving that it acts in the best interests of its members and the Second Amendment freedoms in which they believe.”

My opponent, Letitia James, has used her office to attack political opponents — and that will end on Nov. 8, 2022.

Today, a judge rejected her move to disband the NRA as a violation of the First Amendment. https://t.co/LLYbUdzyrg

“This is a resounding win for the NRA, its 5 million members, and all who believe in this organization,” NRA President Charles Cotton said. “The message is loud and clear: the NRA is strong and secure in its mission to protect constitutional freedom.”

Judge Cohen also dismissed claims of unjust enrichment and violations of the Prudent Management of Institutional Funds Act, “which seek essentially the same financial relief as other claims,” according to the ruling.

In a Wednesday press release, James said she was “disappointed that the judge ruled against the dissolution portion of the case,” and that the attorney general’s office was looking into “legal options with respect to this ruling.”

During her 2018 campaign for attorney general, James had made a number of statements that showed hostility towards the NRA.

“The NRA holds [itself] out as a charitable organization, but in fact, [it] really [is] a terrorist organization,” she told Ebony magazine in October 2018.

It took two years but NY AG Letitia James’ effort to dissolve the NRA has failed. https://t.co/6pMPnR3322 As discussed in my earlier column, the court was concerned over the impact on free speech. James has been celebrated by liberals for this effort… https://t.co/brOzq8ik3t

James also vowed to “target the NRA” in a July 2018 release by her campaign, promising to “investigate the legitimacy of the NRA as a charitable institution.”

“The NRA is an organ of deadly propaganda masquerading as a charity for public good,” James said in the July release.

She also told Our Time Press that she had previously “challenged the NRA and have put pressure upon the banks that finance the NRA.”

“Today’s developments underscore the simple truth that since taking office in 2019, the Attorney General has pushed a contrived narrative about the NRA in her attempt to support a dissolution claim that is improper,” Brewer said. “This is a victory for not only the NRA, but all who believe in the right to free speech and association.”