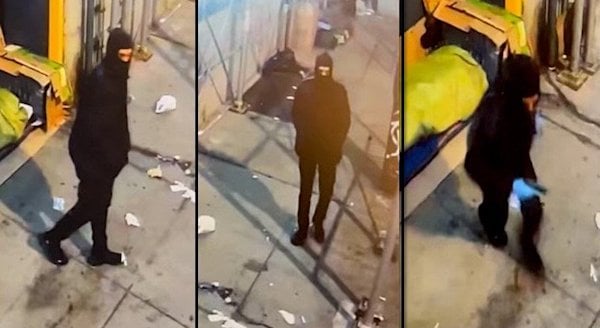 Police are searching for a gunman who they say shot five homeless men in New York and Washington, D.C., killing two of the victims.

The New York Police Department (NYPD), the Washington, D.C. Metropolitan Police Department and the Bureau of Alcohol, Tobacco, Firearms and Explosives announced an investigation late Sunday into the string of crimes, according to a joint press release, saying they believed the murders to be carried out by a single suspect. Police in New York are offering a $10,000 reward for tips resulting in the arrest and conviction of the shooter, while the MPDC is offering $25,000 and the ATF is offering $20,000.

🚨WANTED for SHOOTING: Today, between 4:36 am & 6:00 am, in the confines of the @NYPD1pct and @NYPD5pct, the suspect approached two homeless individuals on the street and shot both of them, killing one individual. NYPD executives will provide an update live at 9:30 PM pic.twitter.com/JwoaWnKrzd

The first three shootings occurred between March 3 – 9 in Washington, D.C., according to the press release. Police discovered the most recent Washington victim while responding to a fire that had broken out in a tent, finding a man inside who had been fatally shot and stabbed.

“Our communities in DC and New York City are heartbroken and disturbed by these heinous crimes in which an individual has been targeting some of our most vulnerable residents,” New York Mayor Eric Adams and Washington Mayor Muriel Bowser said in a joint statement addressing the killings.

“It is heartbreaking and tragic to know that in addition to all the dangers that unsheltered residents face, we now have a cold-blooded killer on the loose, but we are certain that we will get the suspect off the street and into police custody,” Adams and Bowser continued.

The New York Police Department has instructed officers to inform homeless people about the potential shooter, according to the New York Post, citing an internal memo.