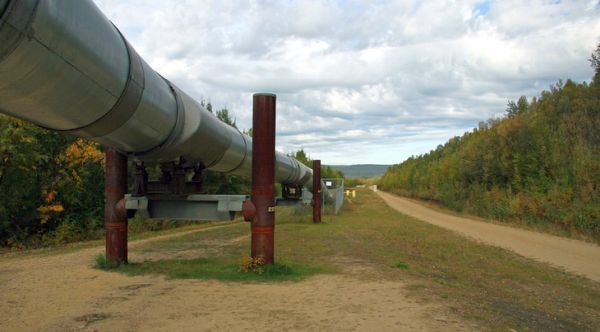 When Joe Biden was elected he immediately attacked the American energy industry.

He canceled the Keystone pipeline project, that was being developed to bring millions of barrels of oil to the U.S. He made it harder to develop natural gas resources. He had a go at making the oil permitting and well drilling processes much harder – or even impossible.

The result was a surge in gasoline prices that contributed to an inflation rate measured at 7.5% for consumers.

Then Russia invaded Ukraine, further destabilizing the world's energy industries, and pushing that inflation rate in America up to 7.9%.

Voters are fed up.

A new poll from Convention of States Action, in partnership with the Trafalgar Group, one of the most accurate pollsters over recent years, shows that 77.3% of the respondents say in the wake of Russia's attacks on Ukraine, Biden "should make increasing American energy production a priority."

"We can see in these numbers that Americans of all political stripes are being heavily impacted at the gas pump and want to see decisive action to ease our inflation-plagued economy. But this is not only about lowering prices, it’s also obvious to everyone that buying oil from our enemies threatens both America’s national security and our economy," said Mark Meckler, president of Convention of States Action.

In fact, the average price for a gallon of gas in the United States now is well above $4, the highest price in history.

In some locations, those prices are stretching into the $6 and $7 range.

"Voters want Americans to benefit from American-produced energy, Meckler added, "Nobody believes the administration's preposterous claims that so-called green, alternative energy sources can help us fix this growing disaster, and leaders in both parties would be wise to take immediate steps to change our current energy trajectory."

The poll showed that even 67% of Democrats want Biden to make boosting American energy production a priority.

For Republicans, it was an overwhelming 88.6% in that category, and for independents, it was 77.6%.

The poll actually was leaning toward Democrats, as 39.3% of the respondents were in that party. Only 35.6% were in the GOP and 25.1% were independents.