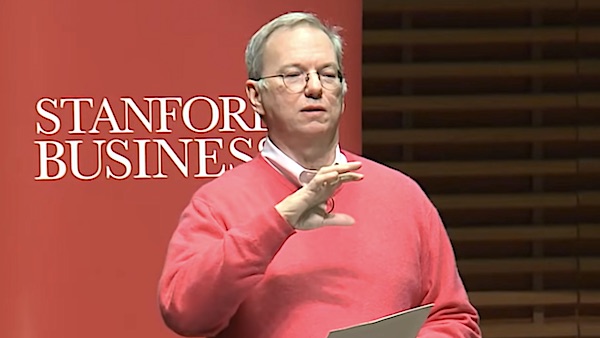 A social-media thread being posted by a White House reporter is making the operations of the Joe Biden White House sound "shady."

That's according to a posting from Twitchy, which monitors social-media claims.

The postings from White House reporter Alex Thompson explain that a charity arm established by Eric Schmidt, formerly the CEO of Google, was paying the salaries of two science office workers at the White House.

"Including the now-chief of staff."

And that raised a number of "ethical concerns."

Other ethical fights broke out last fall because Tom Kalil, an OSTP alum, was serving as an unpaid consultant at the science office while still working as chief innovation officer at Schmidt Futures

Then-general counsel Rachel Wallace replied that Kalil’s involvement was “a significant conflict of interest, given his dual roles. My strong and urgent advice to you is to redirect this process and determine if there is another mechanism available to bring Marc on.”

Wallace, deputy counsel at OSTP, told me: “I and others on the legal team had been noticing a large number of staff with financial connections to Schmidt Futures & were increasingly concerned about the influence this organization was able to have through these individuals”

It was because of the "number of personnel" that were tied closely to Schmidt Futures.

The report explains Schmidt has very close ties to Eric Lander, of the science office, who was on the board of Broad Institute, which got a $150 million gift from Schmidt when Lander was picked by Biden.