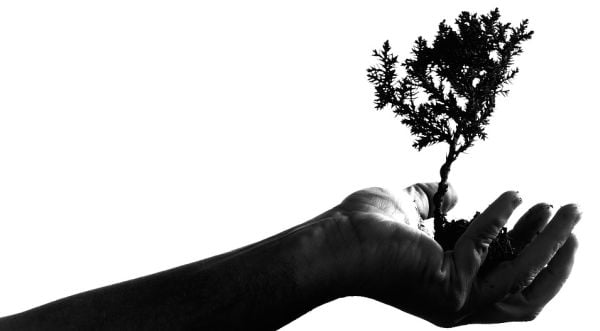 Russia stands accused of funding green groups in the West in order to assure a continued demand for its own energy products, like oil and natural gas.

It is at the Gatestone Institute that Drieu Godefridi, a jurist and philosopher at Saint-Louis University of Louvain, explained the claims.

He cited a recent report from the Foundation for Political Innovation in Paris, whose director, Dominique Reynié, said: "We have found Gazprom [Russia's energy company] funding in particular environmental NGOs, which furnished certain European countries with ministers -- Belgium for example -- who then evidently embarked on a sort of return of favor by defending an exit from nuclear power."

Godefridi said the charges aren't completely new, as The Guardian several years ago quoted NATO's secretary general, at the time, Anders Fogh Rasmussen, accusing: "I have met allies who can report that Russia, as part of their sophisticated information and disinformation operations, engaged actively with so-called non-governmental organizations – environmental organizations working against shale gas – to maintain European dependence on imported Russian gas."

Godefridi said, "Below Europe's soil lie large reserves of shale gas, also known as bedrock gas. The exploitation of these natural gas reserves would have substantially reduced Europe's purchases of, and dependence on, Russia's gas – in particular on its gas giant, Gazprom. The same is true of nuclear power, which offers Westerners an abundant, non-CO2-emitting energy source as an alternative to Russian gas."

Those factors, he said, set up the situation that has the Russian government "mounting a vast disinformation campaign against shale gas and nuclear power in the West, by massively financing the groups most likely 'naturally' to oppose it: environmentalist organizations."

The column reported two American lawmakers, Reps. Randy Weber and Lamar Smith, several years ago wrote to then Secretary of the Treasury Steven Mnuchin to insist on an investigation into the funding of U.S. environmental activists by the Russian Federation.

At the time, the Hill confirmed, "The letter notes that former Secretary of State Hillary Clinton complained in a speech to a private audience in 2016, 'We were even up against phony environmental groups, and I'm a big environmentalist, but these were funded by the Russians ...'"

The members of Congress explained that Russia gave money to a shell company in Bermuda, which then donated to American organizations, including environmental activists.

The commentary identified the "Sea Change Foundation " as a U.S.-based 501(c)(3) private not-for-profit organization that must disclose funds it gets from abroad but nothing more.

"Now, thanks to Biden's war on domestic energy, U.S. oil production has dropped 10%, pushing up prices and enriching and emboldening Putin before he invaded Ukraine.... Unlike the Russia hoax, Putin's malign influence on our energy sector is real and deserves further investigation."

The letter revealed Sea Change got half of its annual income of $23 million from a shell corporation in the Bahamas that is tied to the Russian government.

"Sea Change then passed that money to groups like the Sierra Club and the Center for American Progress who lobbied strongly against fracking and pro-energy policies, to reduce competition with Russian oil and gas," the commentary said.

It explained, "Russia also used its state media and social medial disinformation campaigns to attack America's energy industry. Russia Today is especially focused on energy policy. According to the Office of the Director of National Intelligence, Russia Today's coverage 'is likely reflective of the Russian Government's concern about the impact of fracking and US natural gas production on the global energy market and the potential challenges to Gazprom's profitability.' In 2021, after Biden's first year in office, Gazprom, a Russian state-owned energy company, earned record profits."