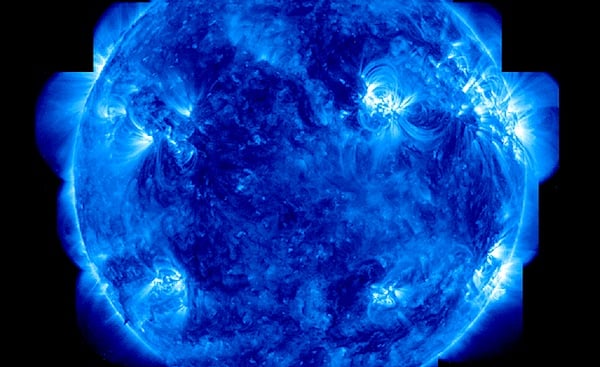 (Image by WikiImages from Pixabay)

(JERUSALEM POST) -- Scientists have discovered a new set of waves in the Sun that appear to travel much faster then previously predicted, according to a new study published on Thursday in Nature Astronomy.

The newly-detected waves, called "high-frequency retrograde (HFR) waves," move in the opposite direction of the Sun's rotation and appear as a pattern of vortices on the surface of the Sun, moving at three times the speed established by current theories about the Sun.

Because the interior of the Sun and stars can't be imaged by conventional means, scientists rely on interpreting the surface signatures of a variety of waves to create an image of what happens below the surface.