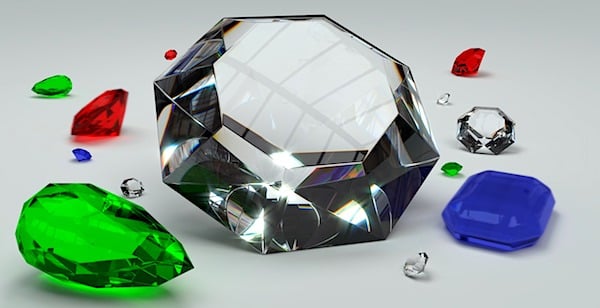 One hundred billion dollars would buy 25 billion Big Macs, or 44 million season tickets (prime field level) to the Denver Broncos (of course there AREN'T that many), or some 1.8 million five-carat diamonds or more than a million Teslas.

Or that's what has been reported stolen after the federal government's massive trillion-dollar COVID-19 pandemic relief funds have gone out the door.

The Independent Sentinel said that figure was an estimate from the U.S. Secret Service which narrowed the losses to the programs to help businesses and people to lost their jobs due to the problems from the China virus.

"Nearly $100 BILLION AT MINIMUM has been stolen from COVID-19 relief programs set up to help businesses and people who lost their jobs due to the pandemic," the report said.

"Who couldn’t have guessed that the Big Government would pay no attention to the distribution?"

The report said most of losses came in the form of unemployment fraud, with the Labor Department estimating some $87 billion was paid out in benefits that probably should not have been paid.

Other losses were due to other fraud.

"They have retrieved under $4 billion, so forget seeing most of the funds returned to the treasury," the report said.

At ABC was a report that estimated the $100 billion lost to theft was "at minimum."

The amount actually is about 3% of the $3.4 trillion handed out, and reflects that the sheer size of the pile of dollars involved was enticing to criminals, reported Roy Dotson, a national pandemic fraud recovery coordinator for the Secret Service.

The ABC report explained, "The Secret Service said it has seized more than $1.2 billion while investigating unemployment insurance and loan fraud and has returned more than $2.3 billion of fraudulently obtained funds by working with financial partners and states to reverse transactions. The Secret Service says it has more than 900 active criminal investigations into pandemic fraud, with cases in every state, and 100 people have been arrested so far."

The Department of Justice has brought cases against more than 150 defendants and recaptured $75 million from failed Paycheck Protection Program cases.

The PPP offered low-interest, forgivable loans to small businesses to help them cope with the lockdowns and other losses attributed to the China coronavirus.

"Can we stop fraud? Will we? No, but I think we can definitely prosecute those that need to be prosecuted and we can do our best to recover as much fraudulent pandemic funds that we can," said Dotson.