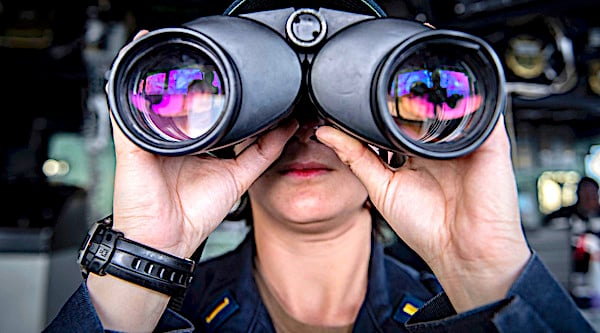 The decision by the Biden administration to use the power of the federal government against parents who oppose ultra-leftist agendas of Critical Race Theory and transgenderism-for-anyone in public schools and spy on them has triggered a serious reaction.

It's a Freedom of Information Act lawsuit by 14 states in a coalition whose officials are demanding to see records on any FBI surveillance of parents.

The Daily Wire reports 14 states joined in a FOIA action against the Biden administration.

It follows a letter from the National School Boards Association that asked the Department of Justice to treat parents who are opposed to the leftist agenda being implemented during the Biden regime's tenure in the White House as domestic terrorists.

The letter, which apparently had been solicited by the Biden administration, prompted federal law enforcement officers to ask for local investigators and prosecutors to monitor the agenda.

The Daily Wire reported Biden has declined to respond to requests for the information filed by Todd Rokita, the attorney general in Indiana.

He and other state officials had asked for access to federal officials’ communications prior to the October 2021 "threats" memo. While Rokita is leading the effort, officials from Arkansas, Arizona, Georgia, Kansas, Kentucky, Louisiana, Missouri, Montana, Ohio, Oklahoma, South Carolina, Texas and Utah joined.

"Rather than cooperate, the Biden administration has sought to conceal and downplay its culpability. What are they hiding? Why won’t they come clean? Hoosiers and all Americans deserve to know," Rokita said in the report.

The school boards' letter prompted Garland to order the FBI to lead a task force regarding "threats" to school officials, even though those "threats" often are no more than statements made by parents disagreeing with the boards' political agendas.

Shortly after that memo, a group of Republican attorneys general told Biden to drop his program, insisting the government should be respectful of the First Amendment.

Asra Nomani, parent activist who is involved with Parents Defending Education, told a House committee hearing just days ago, "No child in America should ever feel shame. No child should ever feel discrimination, and it is unconscionable that we do not recognize that. We must protect the integrity of humanity."