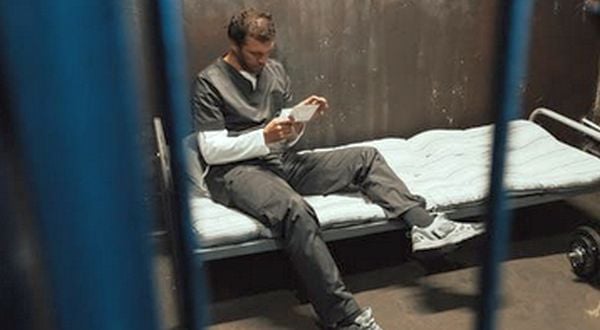 The U.S. Supreme Court on Thursday ruled that condemned prisoners have a right to meaningful access to prayer during their last moments.

The ruling came in a case, Ramirez v. Collier, regarding a request by John Henry Ramirez for permission to have his spiritual adviser, a Southern Baptist pastor, prayer over him in the execution chamber.

"Even the condemned have a right to get right with God," explained Eric Rassbach, vice president at Becket, which filed an amicus brief in the case.

"The Supreme Court correctly recognized that allowing clergy to minister to the condemned in their last moments stands squarely within a history stretching back to George Washington and before. That tradition matters."

Rassbach's organization had argued in court that the Texas Department of Criminal Justice is required to let prisoners have the right to meaningful clergy access.

The Washington Examiner noted the ruling set "a broader precedent for religious rights of incarcerated individuals."

The 8-1 decision declined to fall into line with Texas' arguments that there could be a potential disruption to the execution process.

The high court cited the 2000 law called the Religious Land Use and Institutionalized Persons Act.

Last fall the high court granted a stay in the scheduled execution of Ramirez, who was convicted and sentenced for the 2004 murder of Corpus Christi convenience store clerk Pablo Castro.

The Examiner noted, "Ramirez was initially denied a request for silent prayer and touch by his pastor in lower court decisions, but a majority of justices ruled in favor of backing a broader interpretation of the government’s duty to cater to the religious practices of prisoners."

"There is a rich history of clerical prayer at the time of a prisoner’s execution, dating back well before the founding of our Nation," Chief Justice John Roberts wrote. “By passing RLUIPA, Congress determined that prisoners like Ramirez have a strong interest in avoiding substantial burdens on their religious exercise, even while confined ... Because it is possible to accommodate Ramirez’s sincere religious beliefs without delaying or impeding his execution, we conclude that the balance of equities and the public interest favor his requested relief."

The opinion did not address issues that might arise for ministers if convicts expect them to attend during other types of executions, such as a firing squad or gas chamber.

Becket explained that before 2019, Texas state policy allowed Christian and Muslim clergy into the death chamber. In 2019, TDCJ denied prisoner Patrick Murphy’s request that his Buddhist priest be allowed into the execution chamber, but after Becket filed a friend-of-the-court brief, the Supreme Court halted the execution.

Then Texas responded by blocking clergy of all faiths from the execution chamber. After another Supreme Court ruling in favor of a second prisoner supported by Becket, TDCJ changed course again, allowing clergy to be in the execution chamber, but prohibiting any spoken prayer or slight contact with the inmate."