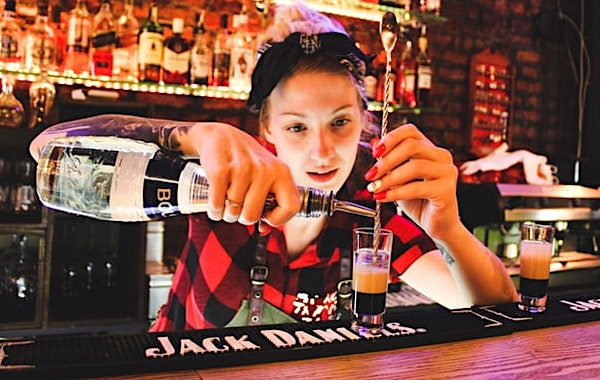 (Photo by Andrey Grodz on Unsplash)

Well, that claim must not have been real good.

Promoter Nikole Hannah-Jones of the New York Times' infamous 1619 Project that claims the United States started to perpetuate slavery claimed online that tipping is a "legacy of slavery."

Then she tried to make her claim disappear.

Fox News reported the substance of her claim was, "Tipping is a legacy of slavery and if it's not optional then it shouldn't be a tip but simply included in the bill. Have you ever stopped to think why we tip, like why tipping is a practice in the U.S. and almost nowhere else?" the left-winger posted.

Her comment was along with criticism of tipping from MSNBC host Touré Neblett, who wrote, "America is a slaveocracy, part 1619."

But then Hannah-Jones decided to try to make her statement vanish.

"Despite deleting her original tweet, Hannah-Jones continued arguing slavery had a hand in the development of tipping in responses to other Twitter users," Fox reported.

The report said historian Phil Magness got a screenshot of the original tweet and posted, "Wait, what?" seemingly confused over Hannah-Jones' claim about slavery and tipping.

He explained tipping actually is widespread around the world and began before slavery in the U.S.

On the two points, he cited a chart from Good Housekeeping that guides travelers on tipping customs on every continent, and a reference to tipping in a scene from Shakespeare's "Twelfth Night," published in 1602.

Hannah-Jones then directed her ire at Magness.

"I know your obsession with my Twitter account is unrelenting because it’s the only time anyone pays attention to your tweets, but come on," she wrote. "You can’t discredit me, you’re not converting anyone or revealing anything by going behind my block to stalk my Twitter for tweets you can post to invite scorn. This is about you hoping to bring attention you otherwise don’t get and fill some bitter hole you have. Sad. So sad."

Actually Hannah-Jones is the one who's had difficulty with history. Fox reported earlier this year she falsely claimed the American Civil War started in 1865, even though it ended that year. And she alleged Europe was "not" a continent.

WND columnist Jerry Newcombe pointed out recently that Hannah-Jones' claims that American actually began in 1619 with the arrival of slaves, not 1776 and the declaration of independence now are used in schools across the country.

And, he reported, she apologized after blowing the starting date of the Civil War.

He noted Carol M. Swain is a prominent black scholar who has taught at Vanderbilt Law School and at Princeton.

He explained, "She told me the 1619 Project presents a 'revisionist history. [It postulates that] the country is racist to the core. Black people built the country. Racism defines who we are as a nation.' Swain would remind us: 'When slavery was introduced into America, we were British colonists.'"