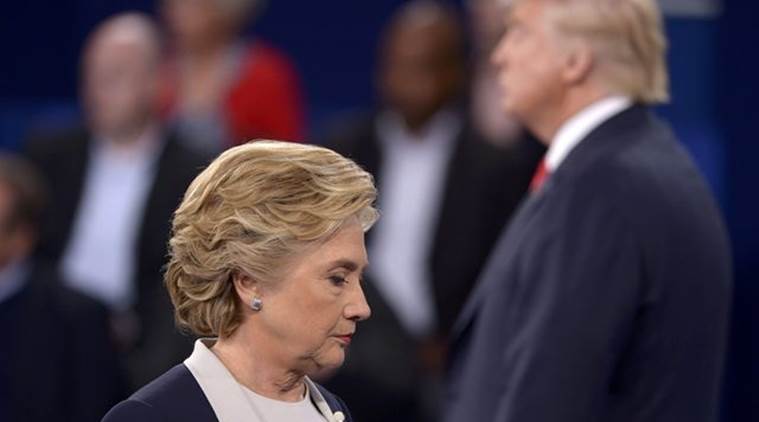 While criminal counts may never develop against some of the highest-profile Democrats involved in their scandalous creation of the "Russian collusion" conspiracy theory against then-candidate and later President Donald Trump, it could be that a civil lawsuit by Trump against Hillary Clinton over the issue could result in a lot of answers.

Already, declassified documents have confirmed that then-CIA Director John Brennan, back when Barack Obama was in the White House, briefed him on Hillary Clinton's purported plan to tie Donald Trump to Russia as "a means of distracting the public from her use of a private email server."

Fox News confirmed that the revelations came from documents declassified under President Trump, by Director of National Intelligence John Ratcliffe.

Now Just the News revealed that Trump on Thursday filed a civil lawsuit against Clinton and several other Democrats alleging "they attempted to rig the 2016 presidential election by creating a false narrative that tied his campaign to Russia."

Those are political or legal teams, or various operatives, whose names appeared in the investigation of the Democrats' unfounded "Russia collusion" conspiracy issue.

In the case, Trump alleges "racketeering" and a "conspiracy to commit injurious falsehood."

The complaint charges the falsehoods were fabricated by the DNC and Clinton campaign and triggered an "unfounded" federal investigation as well as a media feeding "frenzy."

"Under the guise of 'opposition research,' 'data analytics,' and other political stratagems, the defendants nefariously sought to sway the public's trust. They worked together with a single, self-serving purpose: to vilify Donald J. Trump," said the case brought by Trump, who easily defeated Clinton in the 2016 race.

Just the News reported the details: "According to the suit, the plan by the Clinton campaign and associated Democrats was to leak to the FBI and media a series of falsified reports alleging connections between the Trump campaign and Moscow. When those reports – examples of which include the famous (and debunked) Steele Dossier – were proven false, operatives and associates of the Clinton camp bugged and hacked Trump Tower in an attempt to manipulate data and show a 'back-channel' between Trump and Russia."

The 108-page filing charges Clinton and her helpers "orchestrated an unthinkable plot – one that shocks the conscience and is an affront to this nation's democracy" by "acting in concert" to "weave a false narrative" about Trump.

The false claims were kept alive by those who were "well-placed" in the DOJ and FBI, including "James Comey, Andrew McCabe, Peter Strzok, Lisa Page, Kevin Clinesmith, and Bruce Ohr."

Special counsel John Durham currently is investigating the collusion campaign, and already has obtained a guilty plea from Clinesmith for altering evidence. Two others have already been charged with lying.

Explained Just the News, "The former president is seeking both compensatory and punitive damages. Trump alleges that he was 'forced to incur expenses in an amount to be determined at trial, but known to be in excess of twenty-four million dollars ($24,000,000) and continuing to accrue, in the form of defense costs, legal fees, and related expenses.'"

Shortly before Trump left office, WND reported, Sen. Ted Cruz, R-Texas, announced his desire to have Barack Obama, Joe Biden, James Comey and others come before the Senate Judiciary Committee and testify under oath about a January 2017 White House meeting at the center of the Obama administration's Trump-Russia collusion probe.

"The people who broke the law need to be prosecuted, and they need to go to jail," said Cruz in a "John Solomon Reports" podcast reported by Just the News.

The senator explained then that, "The Obama-Biden administration had embedded hard partisans within law enforcement that continued to wage a never-ending attack on the president and to be willing to lie, cheat and steal to do it."

The Democrat claims that the Trump campaign colluded with Russia during the 2016 campaign were debunked by special counsel Robert Mueller's investigation.

In fact there is new evidence that the Steele dossier, the Hillary Clinton-funded opposition research document on which the collusion claims largely were based, may have been filled with Russian disinformation.

It was Real Clear Investigations that reported the Clinton campaign's hoax was to convince the federal government to investigate, and then leak "damaging" information to the media.

The report said emails reveal the Clinton operatives knew the links they made between Trump and Russia were “weak,” even describing them as a “red herring,” but fed them to investigators anyway.