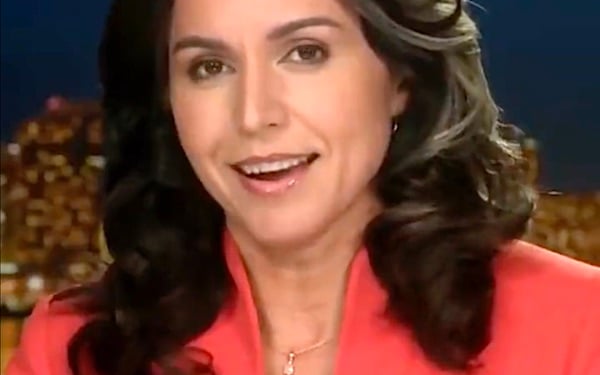 A former member of Congress is telling Sen. Mitt Romney, R-Utah, to either provide evidence of his claims of her "treasonous" actions or apologize and do the right thing: resign from Congress.

The dispute is over her concerns about biolabs that exist in Ukraine, labs that the United States may have had a part in funding.

Just the News reported Gabbard had explained on social media her concerns about the "25-plus, U.S.-funded" locations.

Those, if breached, she warned, "would release & spread deadly pathogens to US/world."

.@MittRomney, you have called me a ‘treasonous liar’ for stating the fact that “there are 25+ US-funded biolabs in Ukraine which if breached would release & spread deadly pathogens to US/world” and therefore must be secured in order to prevent new pandemics. Bizarrely, ...

Senator Romney, please provide evidence that what I said is untrue and treasonous. If you cannot, you should do the honorable thing: apologize and resign from the Senate.

She said, to Romney, "MittRomney, you have called me a ‘treasonous liar’ for stating the fact that “there are 25+ US-funded biolabs in Ukraine which if breached would release & spread deadly pathogens to US/world and therefore must be secured in order to prevent new pandemics."

"If you cannot, you should do the honorable thing: apologize and resign from the Senate."

Tulsi Gabbard reacts to the presence of biolabs in Ukraine: "The seriousness of this situation really can't be overstated." pic.twitter.com/TJ3LZSskUe

The Post-Millennial reported Gabbard had cited Biden official Victoria Nuland who testified there are labs in Ukraine that should be secured from Russian forces.

"Unless this war in Ukraine ends now, ends tonight," Gabbard said, "we face a real certainty that one or more of these labs will be compromised, will be breached, and it won't just be the people of Ukraine who are impacted. We could face another global crisis, when you look at a pathogen that could be released," she told Fox News' Tucker Carlson.

Gabbard also cited a CBS story, from a Pentagon source, who claimed, "The concern is that the Russians will seize one of these biomedical research facilities that Ukraine has where they do research on deadly pathogens like botulism and anthrax, seize one of those facilities, weaponize the pathogen, and then blame it on Ukraine and the U.S., because the U.S. has been providing support for some of the research being done in those facilities."