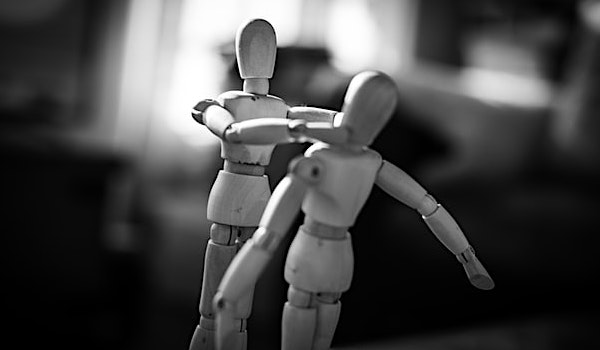 (Photo by Charl Folscher on Unsplash)

The past two years have been chaotic for Ohioans.

COVID-19 largely shut down the state, canceling weddings, funerals and in-person education. Thousands of businesses have suffered, taking with them life savings, livelihoods and hopes for a better future.

Ohio school children were shuttered in their homes, away from teachers, peers and life-altering educational and social experiences.

Ohioans have felt largely powerless over their own lives and futures, and it’s taken its toll on many.

But one glimmer of hope, in the midst of so much uncertainty, is that thousands of Ohio public employees realized for the first time there was something over which they did have control, and they began exercising that ability to better their families.

In 2020, while many workers were losing their jobs due to government shutdowns, and parents were struggling to keep their children educated at home, the eyes of many began to be opened to the fact that government unions, which for many years claimed to be the defender of “the little guy,” were nowhere to be found.

Perhaps worse, those public-sector unions were cheering on the continued mandates that kept worksites, including schools, closed.

Suddenly, public-sector employees had reason to question where their union dues were going and what good it was doing them, as they experienced layoffs and forced furloughs at the direction of bureaucrats who never had to worry about missing a paycheck.

“What have I been paying the union for if it’s not trying to save my job?” many asked themselves.

“I wish I had all that money back to help feed my family and pay our bills,” others thought.

And during this difficult time, the Freedom Foundation’s campaign was underway to educate these public employees that they could, in fact, keep more of their money in their pockets — once they got back to work.

In June 2018, the United States Supreme Court recognized it was a violation of public employees’ First Amendment rights to be forced to join a government union as a condition of employment.

Overnight, these public employees were freed from the stranglehold of union dues — but most had no idea they had a choice in the matter.

Who was going to tell them the good news? Their union representatives? Absolutely not.

And so, for more than a year, many Ohio residents continued dutifully sacrificing a portion of their paychecks to labor leaders who, it turned out, did not have their best interests in mind.

In late 2019, we started our full-scale operation in Ohio to send these employees valuable information about where their dues money was actually going — to the national labor organizations in Washington, D.C., to be used around the country to fund radical politicians and support a leftist agenda that promotes defunding the police and Critical Race Theory.

Most Ohioans had no idea what their dues dollars were being spent on, but they began questioning in earnest when they saw the Ohio public-sector unions were not fighting to keep people working.

And while many of these employees were stuck at home, either because they were barred from going to work or because they had to help continue their children’s education, they began reading about how they could resign their union membership, stop paying those monthly dues and keep more of their own money in their pockets rather than having it spent on labor leaders’ lavish lifestyles and leftist politics.

And they began acting on this information.

That’s $600 remaining in the paychecks of Ohio public employees. Money that can be put to good use purchasing gas, food and other family necessities.

The Freedom Foundation is just getting started. We will continue to inform public employees about their rights and exactly how to reclaim control over their own paychecks.

Lauren Bowen is the Ohio state director for the Freedom Foundation.