What has WND been through over the last 25 years of being America's first independent, alternative online news enterprise? What HASN'T it been through?

We can't wait for May 4, 2022, when we celebrate our 25th anniversary, and begin our 26th year of continuous daily news reporting.

The path to a quarter century of operation has never been strewn with rose petals. No sir. Uh-uh. No way!

There repeatedly have been existential crises that have been overcome through prayer and bona fide miraculous solutions. Believe me – we're on the cusp of one now.

One came very early, when the infamous dot-com bomb hit. WND had raised only about $4 million in investment capital by 2001. The plan all along was to do a more sizable second round of financing – anywhere from $10 million to $30 million. But when the internet lost its sheen, resulting in the bankruptcy of many more well-financed web properties, we knew there was no option for us to raise capital.

Overnight, we were forced to do something very difficult for a startup enterprise – live within our means, beginning immediately. It was not easy. No one had really figured out how to make money on the internet. We always assumed the first goal was to grab the audience and rely on advertising revenues, as we did in the newspaper business. But in 2001, internet advertising was almost non-existent. It was hardly even a factor. So we looked at our revenues and virtually overnight began living within them.

It meant major cuts in staff with the core employees doing more with less. And that's when God blessed us – with unanticipated and unforeseen new revenue growth! That was many years ago. And there have been half a dozen more crises along the way – all of them survived through prayer and supernatural resolutions, and of course an enormous amount of hard work. 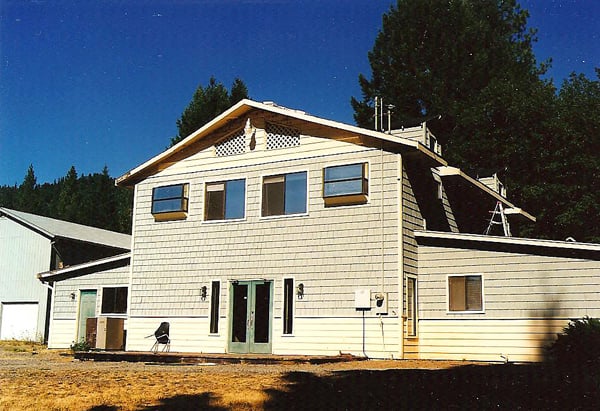 And what have we accomplished along the way?

One of the proudest moments for me was our sustained coverage of the Terri Schiavo case. WND was the only news outlet that covered the saga of this young, disabled woman, who was eventually starved to death by court order, following it closely for two years before it became, for a short time, the biggest story in the world. I am convinced that without WND's coverage, few would even know the name Terri Schiavo today. She might have died in obscurity, and the great debate over the sanctity of life her sacrifice inspired might have been limited to local backwater courtrooms.

More recently, WND set the standard – and is still doing so – in coverage of the killing of another innocent: Miriam Carey, a young black dental hygienist from Connecticut who was gunned down by Secret Service and Capitol Police on the streets of Washington for making a wrong turn near the White House. WND did the kind of journalism in this case that had inspired me to become a reporter decades ago, to devote my life to news, to feel like I had the best job in the world.

Everyone knows the name Loretta Lynch today – the former attorney general under Barack Obama. But WND knew her work before she ever became the highest law enforcement official in the land. She was a federal prosecutor in New York who oversaw the terror-financing and money-laundering case against the biggest bank in the world – HSBC. In one of the best investigative series we ever did, WND exposed HSBC's hyper-criminal practices with the help of an inside whistleblower. Unfortunately, few noticed. But HSBC did and used its power to shut down WND for a period of hours so the public could not view one of the most sensational scoops of that era. My only regret was not suing the bank for that additional illegal act within the statute of limitations.

WND became the first online news agency to be granted standing press credentials to cover the U.S. Capitol. But it wasn't easy. It took two years of lobbying and ultimately a personal lawsuit threat against the credentialing board members for obstructing WND's First Amendment rights. This action broke ground for all other alternative news sites in the future.

I can't forget WND's dogged pursuit of Barack Obama's eligibility issue, culminating in its book "Where's the Birth Certificate?" going to No. 1 at Amazon, forcing the White House to retrieve what it claimed was the legitimate document from Hawaii a day later. The pursuit of this story, it should be recalled, got Donald Trump involved in arguably his first major controversial political act. And who was dispatched to Hawaii to magically find the elusive "birth certificate" so easily when the governor said it couldn't be found? The fixers at the Democratic Party's favorite law firm, Perkins Coie.

This was a turning point for the nation!

And then came Trump's victory as the president of the United States in 2016. My wife and I attended his inauguration in January 2017. We had high hopes that he would straighten out the country. His speech was beautiful. We were already facing the threat of absolute tyranny imposed by the Tech Oligarchy, but I had trust that Trump would prevent the decimation of American freedom in his term of office – if he had the time.

By the middle of his first term, we began to see he was nearing an absolute miracle! Trump was showing he was the best American president of our lifetime. The only thing I feared was that Big Tech Tyranny would not be reined in soon enough to save the First Amendment … and save WND.

Then the unexpected happened to me. I had my first stroke – a minor one. Then, tragically, a devastating series of FOUR! I was left unable to speak or write. My wife stepped in as chief operating officer while I concentrated on healing. It was a long shot at best – and meanwhile, Google, Facebook and Amazon had their way with us. The toll? Over the next year, I watched from the sidelines as America stood at the brink, during what was literally the best of times and the worst of times. For the first time, I was reduced to spectator status.

I went through hell – as did the company, which over the last few years lost revenues at a record pace. We went from $15 million in annual revenues to about $1 million. We lost our book division, our film division and more as we teetered toward bankruptcy. But the first independent online news service survived and reinvented itself as best it could – adding a nonprofit component, the WND News Center, and tax-deductibility to sustain its unique journalistic niche.

Then there was another calamity – COVID-19. It may have been part of a diabolical attack on the world when it was unleashed by China. Or else it was an inconvenient accident of which Beijing took full advantage. Whatever it was, it left America reeling and the cabal of Tech Tyrants running things even more completely.

As we approach our 25th anniversary, a few quick words about how WND came into being: I ran the Sacramento Union from 1990 through 1992. It was something of a legend. The oldest daily newspaper west of the Mississippi River, it counted Mark Twain, Herb Caen and Bret Harte among its famous contributors. It offered a unique news perspective that appealed to a geographically broad audience. It boasted the late great Rush Limbaugh as a daily columnist – the only newspaper in America to do so. (I also collaborated with Rush on his second book, "See, I Told You So.")

But despite attracting people from all over the nation, it was still only a NEWSPAPER – doomed to failure. That's what gave me the idea for WND, or WorldNetDaily, in 1997. The time was right to harness the power of the internet to deliver news electronically to readers all over the country, and indeed all over the world.

I had been frustrated by the fact that there was a big demand for the innovative paper we had created in Sacramento from all over California and, indeed, across the United States. But there was no way to get the paper efficiently and cost-effectively to consumers outside our traditional delivery area. At the same time, I had been visiting the Silicon Valley and was becoming aware of the emerging technologies and what they suggested was possible in the near term for disseminating digital information anywhere. That's when I began planning what I then called an electronic newspaper.

The fledgling website quickly established itself as a powerhouse in traffic, rivaling almost every major U.S. newspaper in audience in its first two years and throughout its 24-year history. We did it for years by combining aggregated content in the style of the DrudgeReport with the best original reporting by a slew of talented journalists.

Because, as everyone in the press once understood, the central role of the free press in a free society is to serve as a watchdog on government and other powerful institutions. That's why America's founders uniquely guarded in the First Amendment the practices of the free press as a guardian of liberty and another check and balance on government power.

Today, we're down, but not out. I see a renaissance on the horizon. Trump will be back after having been cheated out of reelection.

At almost 68, I'm not a kid anymore. But I'm giving WND my all for the time I have. Pray for us. Pray for Donald Trump, who has proven to be the only man capable of taking on the Tech Tyrants. Join with us. Support us. We're not through. We're still here. We plan on ushering in better times for America!

Make America Great Again, indeed – in the name of God!

And in the meantime, we do need money, because we've been permanently DEMONITIZED by Google and YouTube and suppressed, abused and defamed by the rest of Big Tech. So we have to hold out our hands to friends like you – people who appreciate us!

Just go to HELP WND to become one of the few, the proud, the supporters of WND! We are currently attempting to raise at least $100,000 by the end of June, so that we can continue to serve you for many more years. Thank you and God bless you. And please HELP WND.