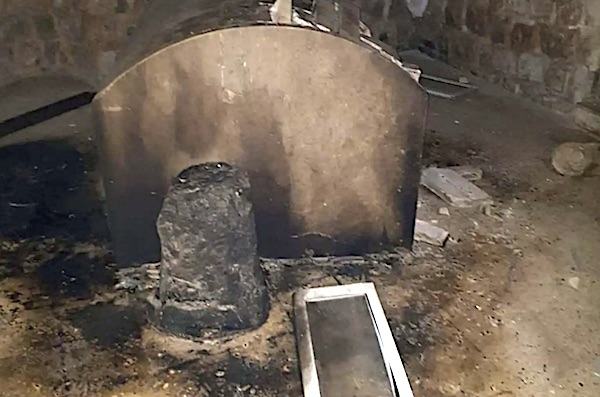 Just two weeks ago, while the attention of many in America was focused on skyrocketing inflation and the war in Ukraine, a vicious attack took place on the resting place of one of the most famous figures in the Bible.

The tomb of Joseph, the beloved son of Jacob and great-grandson of Abraham who was betrayed by his brothers before rising to the No. 2 position in the world in Egypt, was brutally vandalized by Palestinians in Israel.

Palestinians broke into Joseph’s Tomb outside of Nablus and vandalized it. One of the Jews most holiest sites.

If this was a Muslim holy site vandalized like this, there would be 1000 rockets launched at Israel already. The world turns a blind eye to this hatred. pic.twitter.com/dHBLXDeDY5

But within just days, Israeli forces were able to repair the damage and restore the site.

Israeli Defense Forces officer prays at renovated the Tomb of Joseph after it was torched and broken by Palestinian terrorists. Am Yisrael Chai 🇮🇱 pic.twitter.com/r94yOQ2sTp

Now, an author who illuminates hidden content in the Bible says the event actually depicts a main storyline in Scripture.

"Joseph is not just another regular guy in the Bible," says Joe Kovacs, author of "Reaching God Seed: Unlocking the Secret Broadcast Revealing the Mystery of Everything."

"On the Spirit or parable level, he actually represents Jesus. Just like Jesus, Joseph in the Old Testament was hated and betrayed by his brothers, got raised out of a pit of death, and eventually was elevated to be the second-highest ruler in the land.

"So the same evil force, Satan the devil, who has been at war with the God named Jesus for quite a long time is also at war with anything representing Jesus. And in this case, it's Joseph."

'Thus, it's no surprise to see vicious onslaughts in our physical world against anything to do with the true God. 'The children of the wicked one,' as they're called in Matthew 13:38, are merely trying to wipe out any remembrance of the one whom Joseph represents, the divine Jesus."

Now hear this! 'Reaching God Speed' is now an audiobook

Additionally, Kovacs says there's something intriguing about the bones of Joseph that millions of believers may not even realize.

"Joseph famously said to his brothers: 'I am dying; but God will surely visit you, and bring you out of this land to the land of which He swore to Abraham, to Isaac, and to Jacob' (Genesis 50:24 NKJV).

"He also told them: 'God will surely visit you, and you shall carry up my bones from here' (Genesis 50:25 NKJV).

"When we open our ears to hear what is being said on the Spirit level in these two sentences, it is far more than just the removal and transfer of Joseph's physical bones from Egypt to the Promised Land.

"Here's the translation: Even though we all are physically dying in our current bodies, once God fully enters us, He will raise us out of this land, this 'dust of the ground' we're all temporarily made of in the flesh (Genesis 2:7).

"Our bones will be completely removed from this dark place of misery, which is what 'Egypt' means, and we'll have our final place of rest as immortal Spirit children of God in the Promised Land of the kingdom of God. This happened personally to Jesus and it will happen to us as well.

"It's yet another example of God 'declaring the end from the beginning' (Isaiah 46:10 KJV).

"He's broadcasting the conclusion of everyone's personal life, right from the start of the Bible in Genesis through the story of Joseph."

"Even the fact that this physical tomb of Joseph was harmed and then restored within days matches the plot of the Bible, as the physical tomb of Jesus (His own perishing body) was harmed to the point of death and then restored to a better life – eternal life – within days. God is simply telling the same story over and over, so we can finally get the message through our very numb skulls." 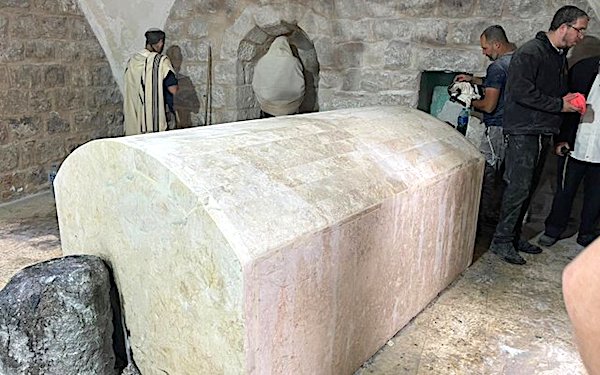