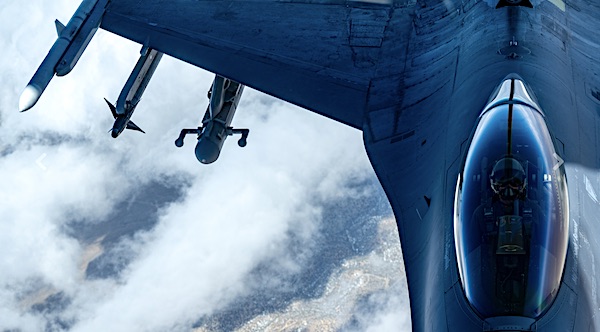 Joe Biden is using the Chinese virus, COVID-19, and the medical community's insistence on vaccinations for everyone literally to be "willfully and purposefully purging Christians from the military."

The comment comes from Mat Staver, the founder of the organization Liberty Counsel which has been involved in the legal war over the Biden regime's unwarranted campaign.

The issue is that a lot of Christians across America raise objections to the COVID-19 vaccines because of their links to abortion.

It's not that they "contain" aborted fetal cells, but medical authorities, even those who advocate for their use, have to admit that drugs today are tested using "fetal cell lines" started years ago.

But a commentary at the American Enterprise Institute put that in perspective:

"About 48 years ago, a baby in the Netherlands was killed before he or she could be born. It was reportedly a healthy baby, but nobody seems to know the reason or nature of the abortion."

From that case a line of cells, named HEK-293, was developed and those cells still are being "used by the drug companies making vaccines against the coronavirus."

"This creates discomfort for pro-lifers, and it ought to. You cannot point to good consequences to justify the killing of an unborn baby. Assuming that Dutch baby was killed in an elective abortion, nothing done with HEK-293 (and scientists and drug companies have done plenty of good things with HEK-293) can make the abortion OK. You wouldn’t argue that it mitigated the evil of a man hiring a hitman to kill his wife if the hitman then saved multiple lives by donating her organs."

So many Christians contend that they cannot be forced to take vaccines that would violate their faith, under the Constitution's protection of freedom of religion.

That has resulted in many legal battles involving members of the military who are being drummed out of the corps by Biden's insistence on shots-for-all.

Liberty Counsel has been and continues to be, along with several other groups, at the heart of those fights.

Which resulted in Staver's conclusion about what the White House is doing.

In an online statement promoting his organization's work, Staver wrote, "Unvaccinated military members are deployable all over the world with no ill effects, even as Joe Biden's Department of Defense (DOD) claims these brave men and women are 'non-deployable' for exercising their deeply held religious beliefs. There is now only one conclusion that can be reasonably drawn about the Biden administration’s jab mandates."

That is the Biden purge.

He outlined several situations of Christians being attacked, including that of Darius and June, both active-duty military, who since they were unvaccinated were told they were "non-deployable" and therefore would be thrown out of the military.

"The Air Force claimed there was no way to “accommodate” the couple’s religious belief regarding the shots. They would be kicked out of the Air Force they had dedicated their lives and careers to serving. In his letter appealing the Air Force’s denial of his religious rights, Darius wrote that the Air Force’s claims regarding an inability to continue working and deploying are 'blatantly false' based on the last 24 months of Darius’ assignment and work record," the statement said.

"For the past two years, Darius has been on the job every day, working alongside the other men and women under his command. The Air Force awarded Darius THREE awards for excellent service during the pandemic," it said.

The group he commands met or exceeded all mission goals – and without any spread of COVID.

June, meanwhile, "has been deployed all over the world. During the height of COVID, June was deployed to Qatar, Iraq, Syria, Kuwait, Saudi Arabia, Bulgaria and Germany—all as an 'unvaccinated' service member—and without any incidence of COVID," the report said.

So if the Defense Department's own actions document the value of unvaccinated service members, the fact they are not a threat, "There can be only one logical conclusion."

That is, he said, "It is now clear that Joe Biden is willfully and purposefully purging Christians from the military."

There's other evidence, too.

"During Lloyd Austin’s confirmation hearing as Biden’s secretary of defense, Austin said he planned to 'purge' the military. He said America can’t be safe from enemies 'if some of those enemies lie within our own ranks,'" the report said.

Austin explained, in a memo, what the military insists is "extremism."

"Guess who they consider to be extremists?" Stave said. "Several slides reference Christians with 'religious extremism.' One slide paints Christians as white supremacists, saying 'Christian extremism is often conflated with white supremacy for a joint ideology focused on racial and religious purity which they believe to be God's intention.'"

He noted, "Reports also reveal that service members who identify as evangelicals or Catholics are watched as being 'possibly extreme.'"