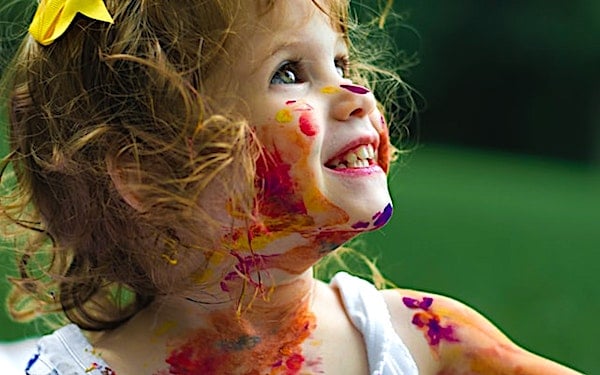 Health and Human Services Secretary Xavier Becerra appeared before the House Committee on Education and Labor to discuss his department’s budget for 2023 on April 6. When questioned about the deaths of five preborn babies by possible illegal means, Becerra ignored the question and instead turned to pro-abortion semantics.

Rep. Madison Cawthorn questioned Sec. Becerra regarding Live Action News’ coverage detailing that the five aborted babies found by pro-life activists in Washington, D.C., “appear to have been viable human beings.” He asked Becerra if he was aware of those babies and the possible use of the federally banned D&X (dilation and extraction) ‘partial-birth’ abortion procedure. However, said Cawthorn in a tweet, “He ignored the question and said ‘partial birth abortions’ is a ‘politician-created term’ not used by ‘physicians.'”

“Mr. Secretary, it was not one, it was not two, it was five human viable babies that were left dead in D.C. a few weeks ago,” said Rep. Cawthorn. “Quoting the article, a neonatal specialist called these babies ‘premature people.'”

He added, “Secretary, your ambivalence about the definition of human life is destructive.”

The babies in question were all estimated by experts to be in the late second or early third trimesters of pregnancy; some died as a result of D&E abortions, and experts have stated that at least one of the babies appears to have possibly died by use of the D&X method.

I asked @SecBecerra about @LiveAction's article reporting "five aborted children recovered from a D.C. apartment appear to have been viable human beings"

He ignored the question and said "partial birth abortions" is a "politician-created term" not used by "physicians." pic.twitter.com/KxIDLIrpV0

Sec. Becerra then said, “Congressman, I’m not ambivalent.” To which Rep. Cawthorn replied, “Yes, sir. This lack of clarity is immoral and a monument to the erasure of truth in our time.”

He continued, “We have five fetuses beyond the threshold of viability on the doorstep of Washington, D.C., and you can’t tell us what a human life is. Those five children found in D.C. were just that — they were children. They were babies, humans, not medical waste. The callousness with which this administration views life and the sanctity of it is astonishing. A nation that cannot protect the most precious, innocent, and vulnerable among us has a moral compass that is not only stained, sir, but it’s dead.”

Banks replied, “So I take that as no, you don’t concede that that is the law.”

“I gave you the answer,” said Becerra.

Becerra has a habit of refusing to speak about D&X ‘partial-birth’ abortion, which The Partial-Birth Abortion Ban Act of 2003 describes as “an abortion in which a physician deliberately and intentionally vaginally delivers a living, unborn child’s body until either the entire baby’s head is outside the body of the mother, or any part of the baby’s trunk past the navel is outside the body of the mother and only the head remains inside the womb, for the purpose of performing an overt act (usually the puncturing of the back of the child’s skull and removing the baby’s brains) that the person knows will kill the partially delivered infant.”

When questioned about the horrific procedure and the possible illegal use of it, Sec. Becerra consistently avoids providing a true answer. He sees an opportunity to obfuscate when the use of the term “partial-birth abortion” rather than “D&X abortion” as the abortion industry calls it, is used. Semantics and euphemisms fuel the growth of the abortion industry because denying what abortion actually does and using words such as “reproductive rights” distracts Americans from the horrific reality of abortion.