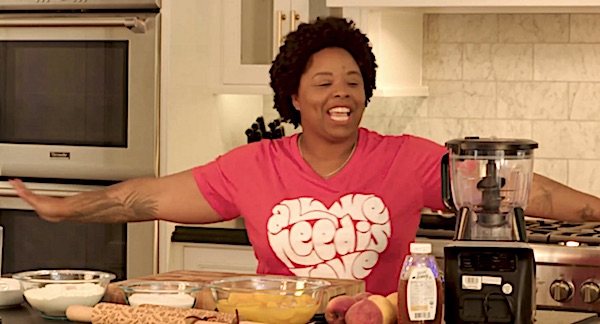 The Black Lives Matter Global Network Foundation, which rocketed into an influential position in America following the police killing of George Floyd, since then has been involved in a variety of scandals.

Fundraising concerns have erupted, questions have been posted about the group's purchase of a $6 million mansion, and even concerns over its finances because no one appeared to be in charge.

Now it's gone far beyond concerns, with a lawsuit by Indiana Attorney General Todd Rokita for its failure to hand over financial information that is required by law.

The Washington Examiner reported the action this week is part of Rokita's investigations of BLM over whether it broke state law by deceiving donors and more.

"Protecting Indiana consumers from this house of cards is critical," Rokita explained in a statement about his actions. "There are concerning patterns of behavior from this organization, and we will do what it takes — including this lawsuit — to get to the bottom of it."

Among the suspicious factors that have involved BLM: It claimed to raise $90 million in 2020. Yet it has yet to file an IRS Form 990 explaining where the money went. A BLM executive says even the mention of the IRS form triggers her.

The organization also has yet to publicly confirm who is in charge since co-founder Patrisse Cullors quit last year.

Then just weeks ago, the foundation shut off its ability to raise funds amid legal threats from California and Washington over its lack of financial and operational transparency.

Rokita launched his investigation in February with a demand the charity disclose all of its properties in Indiana. And he wants a general ledger showing payments released.

The Examiner explained he said, "There are many Indiana stakeholders and donors who have been impacted by these allegations. This lawsuit will allow for a court to swiftly and efficiently resolve the state’s request for information."

The Western Journal recently reported that the CharityWatch website recently was expressing alarm over BLM.

The site warned, "It is extremely concerning that the national public charity entity of arguably the largest social justice movement in the United States has not done a better job of communicating its financial activities to the public in a timely manner or of adequately addressing other questions related to its governance."

And the Daily Caller News Foundation reported the organization voluntarily shut down fundraising activities when officials in California and Washington threatened to hold the group's leaders personally liable for missing records.

That report said in addition to Washington and California, the BLM organization is out of compliance in Connecticut, Maine, Maryland, New Jersey, New Mexico, North Carolina and Virginia.