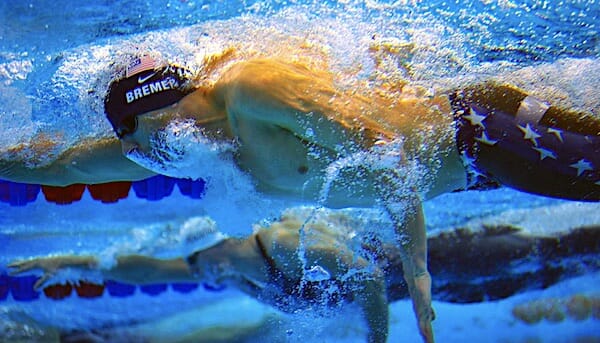 The NCAA failed to protect women and provide them equal opportunities by allowing males to compete against women, Jenner argued, and female athletes were largely unable to speak up due to “cancel culture” concerns. Jenner also characterized males competing in women’s sports as antithetical to the principles of athletic competition.

“The NCAA should have done the honorable thing to protect these women. It is their obligation to do so. Yet, the NCAA caved to the woke mob and refused to protect women, on all levels,” Jenner wrote.

Lia Thomas competed on the University of Pennsylvania men’s swim team for three years before transitioning to the opposite sex and switching to the women’s team. Thomas dominated women’s collegiate swimming at the national level during the 2021-2022 season, triggering rule changes from USA Swimming which were ignored by the NCAA.

Jenner, who won a gold medal in the Olympics while competing as a man, described the hard work and sacrifice that athletic excellence requires, explaining that Thomas’s female competitors had reached the pinnacle of their sport, only to be overshadowed.

Thomas should be able to live authentically, but so should the women competing against Thomas, Jenner argued.

“We must protect women’s sports. At all costs,” Jenner said. “What Lia has done, beating biological women to win a Division I national championship, is anathema to what sports represents and the spirit of competition.”

WND News Services
These reports are produced by another news agency, and the editors of WND believe you'll find it of interest.
New guidelines: Students with lice should not be sent home because of 'stigma'
U.S. Commission on Religious Freedom chief speaks out on China's fear of religion
FBI agents grill praying sidewalk counselor
Father who wanted the baby his girlfriend aborted talks about his trauma
Thousands of birds drop dead from sky over New Mexico
See more...