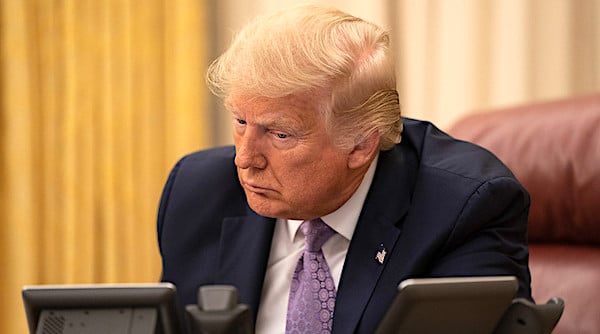 It seems that while Democrats were strategizing to persuade the FBI before President Trump took office to investigate a non-existent connection between his campaign and a Russian bank, they also were pushing a separate hoax to the CIA, according to a new analysis by Margot Cleveland, the senior legal correspondent at The Federalist.

It involved the alleged use by Trump and his associates of "supposedly rare, Russian-made wireless phones in the vicinity of the White House and other locations."

Cleveland, who has been a contributor to National Review Online, the Washington Examiner, Aleteia, and Townhall.com following a career that included 25 years as a permanent law clerk for a federal appellate judge, explained that the newest documentation available in special counsel John Durham's case against Clinton campaign lawyer Michael Sussman, for lying to the FBI, reveals the additional maneuverings.

She charged that the documentation suggests the Democrats at that time "sicced the CIA on their domestic enemy, the president."

She said the information that is becoming available in the Sussman case, in which he is accused of lying to the FBI to try to persuade the agency to investigate a hoax – the idea that Trump's campaign was linked to Russian interests – he also tried to convince the CIA to look into the "phones" scandal.

She said the "Yotaphone hoax" is an "equally serious scandal because it involved both the mining of proprietary information and sensitive data from the Executive Office of the President (EOP) and the apparent surveillance of Trump’s physical movements."

She said the documentation comes from the case accusing Sussman and others of creating the impression that "Trump had maintained a secret communication network with the Russia-based Alfa Bank."

Sussman is accused of giving those claims to the FBI, falsely saying he was sharing the information "on his own" when, in fact, he was representing the Clinton campaign.

She explained the Sussman indictment also outlined how Sussman shared information with the CIA, too, "while allegedly repeating the same false claim that he was not sharing the 'intel' on behalf of any client."

Then, as part of Durham's work, it was revealed "for the first time that when Sussmann met with the CIA in early 2017, he provided agents with internet data beyond the Alfa Bank conspiracy theory. This data, Sussmann claimed, 'demonstrated that Trump and/or his associates were using supposedly rare, Russian-made wireless phones in the vicinity of the White House and other locations,'" Cleveland reported.

Details from the court filings now explain that Sussman claimed a client "had some interesting information about the presence and activity of a unique Russian made phone around President Trump."

"According to the notes, Sussmann also told his contact that 'the phone was never noticed in two places at once' and was seen 'only around the president’s movement," the report said.

"According to Sussmann, the Yotaphone connected to Trump made a number of WiFi calls to Moscow and St. Petersburg from April 2016 until February 2017," the report said.

Sussman reportedly said his "client" would provide the data to "senior" officers and if they declined, would go to the media.

And Sussman said he wanted the CIA "to know about the Yotaphone activity close to the president."

"These people were watching Trump for years," the report explained, because Durham's review showed the monitoring had begun as early as 2014.

"But Sussmann omitted that detail when providing the material to the CIA," the report said.

Troubling, the report said, is the fact that the spying on Trump appeared "directly targeted" at networks Trump used. Further, "Even more disconcerting are the repeated references in the memoranda to Trump’s physical location during the DNS lookups, whether at the Trump Tower, in Michigan, or at the White House."

"That a political enemy of Trump would provide the CIA fraudulent-by-omission data to prompt an investigation into the sitting president of the United States is horrifying," Cleveland explained.