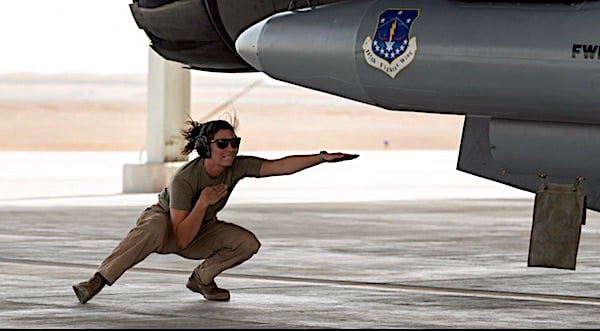 Dozens of retired U.S. military leaders are warning Joe Biden against doing the "Iran nuclear deal,' a plan that originally was put into place by Barack Obama at a cost of billions of dollars to America but was canceled by President Trump.

Fox News reports that an open letter to Biden included the warning from 46 retired U.S. generals and admirals.

They wrote, "In Ukraine, we are bearing witness to the horrors of a country ruthlessly attacking its neighbor and, by brandishing its nuclear weapons, forcing the rest of the world largely to stand on the sidelines. The new Iran deal currently being negotiated, which Russia has played a central role in crafting, will enable the world’s leading state sponsor of terrorism to cast its own nuclear shadow over the Middle East."

The letter was written in coordination with the Jewish Institute for National Security of America.

The military leaders said the result of Biden's agenda could be to weaken America's position to hold Iran accountable for its terrorism.

The Trump administration abandoned the original Joint Comprehensive Plan of Action with other free nations and Iran because it concluded there was no benefit for America in the process.

Technically, reports that Iran continued to deploy ballistic missiles that were capable of carrying a nuclear warhead triggered America's withdrawal.

No deal is better than a bad deal, explained retired Air Force Gen. Charles Wald, who used to be deputy commander of U.S, European Command.

"The idea of an agreement is a good idea. We agree with diplomacy," Wald said in an interview with Fox. "But we agreed with a fair agreement that would not allow Iran to have a nuclear weapon breakout and then have weapons delivery systems that would then change the dynamic in the Middle East – particularly for Israel but all other countries too."

He warned that the Biden administration is failing to account for Iran's role who sponsoring terrorism.

Biden, meanwhile, has made giving Iran enough incentives to recommit to the deal a priority.

One of the requests from Iran, according to various reports, is that its terror-sponsoring Islamic Revolutionary Guard Corps be taken off America's list of foreign terrorist organizations.

"That just doesn't sit well with us because the IRGC is the most malicious group in the region," Wald told Fox.

He charged that the deaths, so far, of some 600 U.S. military members would be blamed "directly" on the IRGC.