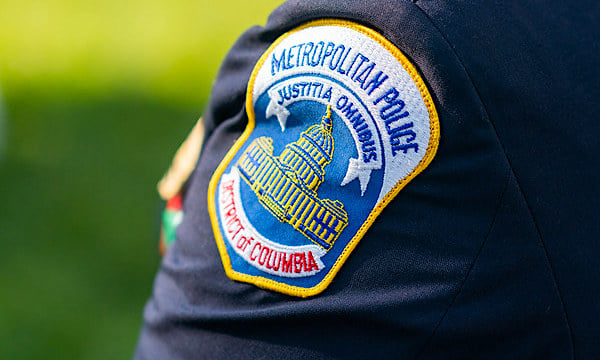 “The Police Union sought one legislative goal: protect the rights of police officers to collectively bargain like all unions in the public and private sectors. Labor officials from local unions stood with us. Mendelson and Allen ignored our pleas,” Greggory Pemberton, chairman of the DC Police Union said in a statement shared with the Daily Caller News Foundation.

“This week, the District lost another child to gunfire,” said Pemberton. “Enough is enough.”

The union attacked two city councilmen for cutting police funding and ignoring public safety experts amid a mass exodus of D.C. police officers in the thirty-second ad, which will run on television and in digital media.

“A mother and her child are abducted at knife point, in yet another D.C. carjacking,” a caption reads in the opening scene of the ad over what appears to be a video of the alleged crime.

“Who’s to blame for this crime wave? D.C. councilmembers Charles Allen and Phil Mendelson,” the narrator says. “Their laws let criminals run free and prevent police from keeping us safe.”

Patrick Mara, chairman of the D.C. Republican Committee, told the Daily Caller News Foundation the city council was catering to political interests rather than addressing the city’s crime problem.

“Unfortunately, our DC Council continues to pander to national liberal special interests as children die,” he said. “It’s not their children though so tomorrow is yet another day for DC councilmembers to lean in to the far left on whatever new policy or idea they take up.”

Homicides rose 19% in 2020 while carjacking cases tripled and gun-related crimes are mostly commit by a small number of repeat offenders. The city’s crime problem drove Democratic Mayor Muriel Bowser to distance herself from the “Defund the Police” movement and emphasize hiring more officers in the leadup to the next election.

The ad states 670 officers left the D.C. police department from 2020 to 2021, and says the councilmen cut police funding. It also claims murders, carjackings and violent crimes are the worst they have been in 20 years.