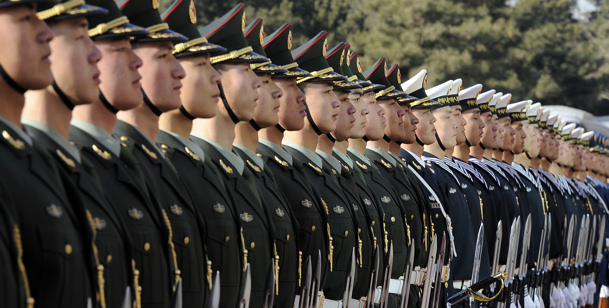 Longtime China expert Gordon G. Chang, a distinguished senior fellow at the Gatestone Institute, is warning bluntly that "China is taking over the Pacific."

His comments focused on a new announcement from the Solomon Islands that the government there would be "expanding" security arrangements and including China in its planning process.

"The announcement was defensive. The day before, opponents of a security pact with China leaked what was labeled a 'draft' agreement. Prime Minister Manasseh Sogavare's government did not confirm the authenticity of the leaked document, but observers believe he intends that version to be final. Australia, which expressed 'great concern,' confirmed the draft as authentic," Chang wrote.

It's because of China's new influence.

"Beijing is moving from island group to island group, and soon the People's Liberation Army will be in striking distance of Hawaii," he said.

He said the Solomon Islands deal, for five years, "will allow Beijing to use the islands to base its military and to do pretty much what Chinese generals and admirals want."

It, in fact, states, "China may, according to its own needs and with the consent of Solomon Islands, make ship visits to, carry out logistical replenishment in, and have stopover and transition in Solomon Islands, and the relevant forces of China can be used to protect the safety of Chinese personnel and major projects in Solomon Islands."

The Chinese influence in the Solomons has grown at least partly through the "neglect" of Australia, which was supposed to be helping lead.

But, the report said, Sogavare also has mismanaged the nation.

"In November, Sogavare's misrule resulted in deadly riots in the capital of Honiara, on the island of Guadalcanal, where 1,600 Americans died in 1942 and 1943 freeing the island from Japanese control," he explained.

Australia sent troops, and saved Sogavare's government, but that made it easy for Sogavare to invite Chinese police in February, the report explained.

Chang warned, "Sogavare, backed by Beijing's military and the Framework Agreement, can effectively end democracy in the Solomons."

And he said, "The Solomons are not an isolated instance of Chinese penetration of Pacific governments. There is now talk that China will ink a security agreement with Papua New Guinea, just north of Australia."

And he said, "China wants to upgrade an airstrip in Kiribati," which in terms of the Pacific, "Kiribati is America's [Hawaii] next-door neighbor."