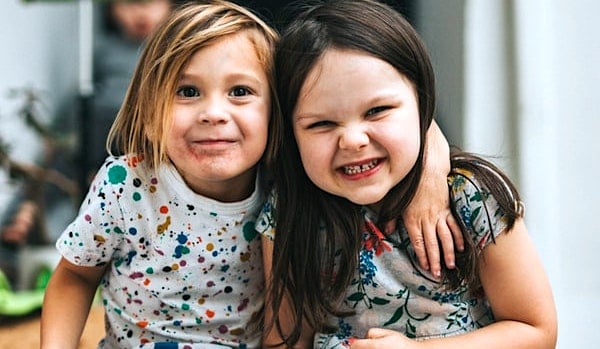 (Photo by Nathan Dumlao on Unsplash)

The Massachusetts Family Institute has announced a lawsuit on behalf of two families against what a commentary at PJMedia described as a "groomer school" where officials coached children into transgender ideologies while hiding their actions from parents.

The institute said it is working with the Child & Parental Rights Campaign on the lawsuit on behalf of two Ludlow, Massachusetts, families against public school officials there.

"The families are suing for violations of their parental rights stemming from a district policy prohibiting school staff from sharing information with parents about a student's discordant gender identity and efforts to promote that identity in school. In the case of one of the families named in the suit, school officials were actively transitioning their 11-year-old daughter and 12-year-old son without their parents' knowledge and against their wishes," the group confirmed.

The organizations said in a statement that school officials were told by the parents not to speak to their children about gender identity, but actively "dismissed" the instructions and "not only continued having such conversations with their daughter, but began addressing her in school by an alternative name and pronouns."

School staff members used the girl's real name only in communication with her parents, "intentionally concealing their affirmation of her gender transition at school."

Commentator Megan Fox at PJMedia explained Vernadette Broyles, general counsel of CPRC, said, "We are seeing this type of concerted effort by school officials across the country. School officials are making decisions about the lives of children that they are not qualified or authorized to make and doing it without telling, and often deceiving, parents.

"This is a clear violation of the parents’ rights to control the education, health, and upbringing of their children."

The lawsuits rolling in over #GroomerSchools are beautifully written. This is going to be a bloodbath. There is no defense for this. pic.twitter.com/uLO5ZZErqb

The second family charges the school with "violating their free exercise of religion by infringing on their sincerely held religious beliefs," the report said.

Those believes include respect for parental authority, honesty, and adherence to church teaching that human beings are created male or female.

MFI President Andrew Beckwith said, in the commentary, "This lawsuit is about protecting the right of parents to raise their children without the interference of government officials. By deliberately circumventing the authority of parents over the mental health and religious beliefs of their children, activists at the Ludlow schools are violating time-honored rights guaranteed under the U.S. Constitution and the Massachusetts Constitution.

"The school officials’ behavior sends the message that parents do not have the best interest of their children in mind. It assumes that children need to be protected FROM their parents, instead of BY their parents," he said.

The action seeks a rescission of the school's policy, agreement that the school will stop "counseling" on gender without parental approval and "to stop deceiving parents."

The commentary noted, "I have long argued that the instruction of gender theology in schools is a direct violation of students of faith and their First Amendment rights to freely exercise their religion. The lawsuit lays out causes of action involving the fundamental right to parent children, familial privacy under the 14th Amendment, and the First Amendment right to practice religion. I don’t know what the defense is for any of these things that are enshrined in the Constitution as civil rights, but this court case should be epic."