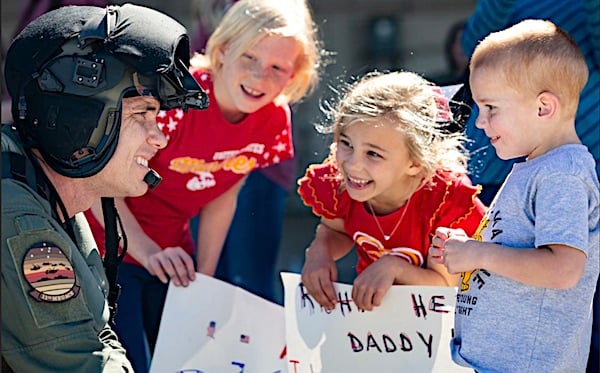 Which, according to Merriam-Webster, is "morally despicable or abhorrent" "physically repulsive" and "of little worth or account."

Dobson, who has advised five presidents on family matters and was inducted in 2008 into the National Radio Hall of Fame, also has authored more than 70 books including, "The New Dare to Discipline," "The New Strong-Willed Child," "When God Doesn’t Make Sense" and "Bringing Up Boys."

In an online statement, he said Biden, despite war in Europe, a lagging economy, skyrocketing inflation and a crisis at the border, has as his highest priority "to force transgenderism onto our children." 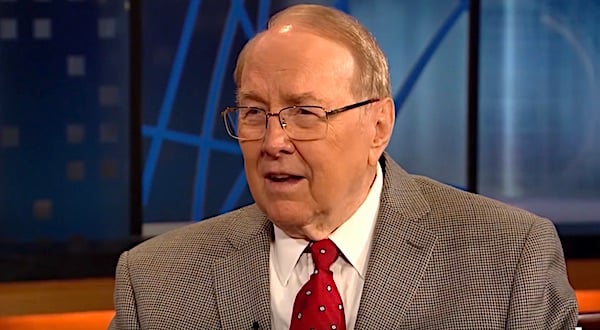 "Last week, Biden and his administration released two agency documents designed to enable and encourage boys and girls to castrate themselves chemically and surgically while calling it 'a form of supportive healthcare.' This is the prequel to five 'gender-affirming care' regulations forthcoming this month and next."

However, he charged Biden's infliction of his program on children, "defies God's natural laws and grossly breaches all ethical boundaries as it pertains to protecting the welfare of our children. Let's call it what it really is – an outrageous and vile attack against our precious kids."

He explained, "Both documents, one from the Office of Population Affairs, entitled 'Gender-Affirming Care and Young People,' and the other, 'Gender-Affirming Care is Trauma-Informed Care,' issued by The National Child Traumatic Stress Network use Orwellian language to explain why it is so important for parents and others to support a child's desire to change their gender. These officials state that 'early gender-affirming care is crucial to (the) overall health and well-being' of a child."

But he said Biden apparently didn't "consult with world-renowned Swedish psychologist, Dr. Christopher Gillberg, who calls pediatric transition 'possibly one of the greatest scandals in medical history.' Just stop for a moment and consider how breathtakingly scandalous this is—little Johnny, a third-grader struggling with being smaller than his male peers, is now told by his teacher to consider that he may really be a girl trapped in a boy's body. A few years later the 'affirming healthcare' agencies inject puberty blockers into this developing boy causing potentially irreversible harm. This is child abuse!"

He continued, "Yet both of Biden's agencies do their best to legitimize their lies while telling parents that 'providing gender-affirming care is neither child maltreatment nor malpractice.' In fact, they describe 'gender-affirming care' as the new medical standard. Still, Biden's radicalized agencies were not content to merely spread lies and dangerous ideas about sex identity but also took the opportunity to include key components of Critical Race Theory, which is simply Marxism by another name."

He warned, "In every sense, this administration is committed to helping people love what is evil and hate what is good.

"Perhaps, worst of all, President Biden had the audacity to invoke God's name on behalf of this wickedness. In a video statement, he addressed transgender Americans and stated, 'Our entire administration sees you for who you are, made in the image of God, and deserving of dignity, respect, and support.'

"Of course, President Biden is correct when he quotes Genesis 1:27 and says those who experience gender dysphoria—along with all human beings—are made in the image of God. Yet, in saying this, it is ironic, in the most sickening sense, that Biden is encouraging these same young people to rebel against God's image imprinted upon their very beings. In his failed attempt to appear holy and pious, President Biden conveniently omits the second half of the verse he quotes which says, 'male and female He created them.'

"No one should distort the Lord's very words in this way. President Biden would do well to remember that God will not be mocked.

"This is vile. It’s one of the most wicked initiatives that we've seen come out of Washington. President Biden’s Democratic administration is endorsing sex-change operations and hormone treatments for children," he charged on social media. "Mutilating bodies and removing the genitalia of children is permanent. All of their manipulated research saying that it improves mental health or increases happiness is just a lie from hell. What it really does is destroy the lives and futures of these children," he said.

He continued, "Churches and followers of Jesus Christ must stand against this evil agenda. Politicians who support this shouldn’t be in leadership, and we need to work to get them out of office in the next election—whether they're Republican or Democrat. Speaking of regime changes—we need one in this country. What do you think?"

Biden had told those individuals suffering from gender dysphoria, a condition that vanishes for vast percentages of victims if they are left alone, "I have your back."

It's important, HHS said, because it allows "children and adolescents" to "focus on social transitions…"

It alleges that such care provides "positive outcomes for transgender and nonbinary children and adolescents," even though virtually all who move all the way through the procedures are sterile for life and "support" is required.

"Lack of such support can result in rejection, depression, suicide, homelessness, and other negative outcomes," HHS said.

Biden's document calls for "social affirmation," the use of the chemical "puberty blockers," "hormone therapy," as well as "'Top' surgery – to create male-typical chest shape or enhance breasts," and "'Bottom' surgery – surgery on genitals or reproductive organs."

In Texas, the state has declared such treatments of children child abuse, and had begun investigations before a leftist judge blocked those reviews of the treatment of vulnerable children.

WND already had reported that the Biden administration was pressing – hard – for those body mutilations that are promoted by the transgender community to be easier for anyone to get.

Eleanor Bartow, the features editor at the Federalist, explained in a report there that Biden is working to accomplish this by requiring insurers to cover surgeries – as well as hormone therapy and more.