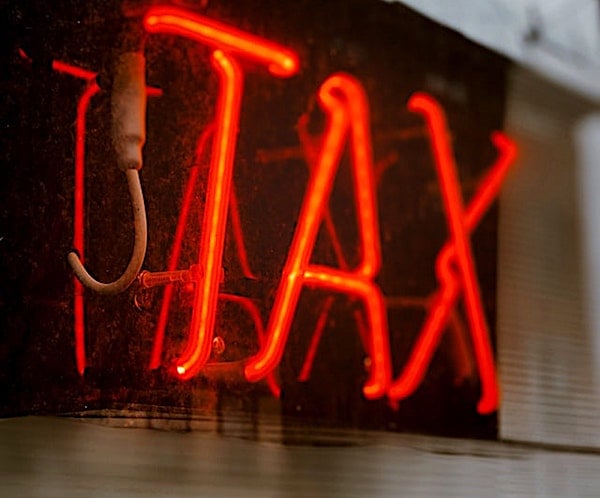 Republican Ohio Rep. Jim Jordan told the Daily Caller News Foundation that Americans can’t trust the Internal Revenue Service (IRS) after its investigation of tax document leaks has so far failed to turn up any answers ten months after it began.

Jordan and Republican California Rep. Darrell Issa sent letters to the IRS and the Treasury Inspector General for Tax Administration (TIGTA) in July 2021 demanding information on the agency’s investigation into how citizens’ records were leaked after ProPublica published private tax documents of some of the wealthiest Americans in June 2021. Jordan told the DCNF that after an initial reply, his office has received no further updates on the investigation.

“I don’t know if the IRS is on top of it. It sure doesn’t seem like it from the response we got back from them,” Jordan told the DCNF. “Americans need to know that your tax returns remain confidential. This is one of the hallmarks of our system and if that’s not the case, if they’re going to be targeted by the IRS like Lois Lerner did a few years ago and have their returns go public, that just can’t happen.”

Upon receiving Jordan and Issa’s 2021 letter demanding answers, IRS Commissioner Charles Rettig referred them to Inspector General for Tax Administration J. Russell George, according to responses to the inquiries reviewed by the DCNF. George replied that the Republican lawmakers’ request for TIGTA to brief Congress on the investigation could only be made by either the chair of the House Ways and Means Committee, the Joint Committee on Taxation or the Senate Finance Committee – all of whom happen to be Democrats.

Rettig told the lawmakers that TIGTA had “taken the lead in the investigation” and had “sole jurisdiction” over the case if an IRS employee was found to have leaked the private tax records, according to the responses. That was the last update Jordan’s office received about the matter, a spokesman for Jordan’s office told the DCNF.

Neither the IRS nor the Treasury Department responded to multiple requests for comment from the DCNF.

Jordan said the IRS leaks appeared to be “partisan” and coincided with Democrats’ calls for tax increases.

“Somehow taxpayer returns went public right when the Democrats were talking about raising taxes on the wealthy,” Jordan told the DCNF.

“This is the same IRS that 12 years ago was targeting conservatives,” he added, referring to the IRS delaying tax exemption applications for conservative nonprofits during the Obama administration.

Jordan suggested the leaks may be part of a broader trend of the federal government being “weaponized against … the American citizens” to advance a political agenda.

“You saw it with the IRS 12 years ago, you saw it with the FBI five years ago when they orchestrated the spying on the Trump campaign, you’ve seen it more recently with the Department of Justice effort after a letter comes in to the Biden administration from the school boards association,” Jordan told the DCNF. “Literally five days later, the attorney general of the United States issues a memorandum to all U.S. attorneys doing exactly what the letter asked the Biden administration to do.”

ProPublica referred the DCNF to an article about their decision to publish the tax documents but did not comment further on the source of the leaks.

WND News Services
These reports are produced by another news agency, and the editors of WND believe you'll find it of interest.
Buffalo shooter's inspiration from his own diary
Durham trial: Baker '100% confident' Sussmann told him he was acting alone
Homeowner's association orders father of slain officer to take down 'Thin Blue Line' flag
Portuguese angered at influx of Californians who import their problems with them
U.K.'s Royal Mint creates gay money to celebrate 50 years of LGBT pride
See more...