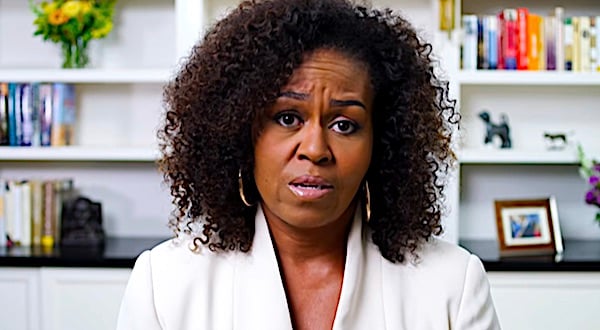 A lawsuit has been filed against a Milwaukee school by Michelle Obama's brother and his wife after their children were disenrolled from the academy over their parents' "disrespectful and demanding" communications.

The Daily Mail reported Craig Robinson, Michelle Obama's brother, and his wife, sued the school over the dismissals.

They had complained multiple times to the school about alleged racism at the school, and the school responded with a letter charging they "repeatedly engaged in disrespectful and demanding communications with our teachers and administrators."

The letter said "it has only become more evident that there has been a complete breakdown in your family's trust of and respect for USM."

Their target in the lawsuit is University School of Milwaukee. They claim in the complaint that the private school retaliated against them because they accused the school of a racist bias in the school – which they overheard during virtual learning during COVID.

Craig and Kelly Robinson complained to the school in January and March 2021 about what was being taught. The report explained they had concerns about "racial and socio-economic bias."

Craig Robinson told GMA, "We heard what was going on in the classroom because of COVID. 'There were repeated use of racial and ethic (sic) stereotypes that were in actual assignments. The use of the word plantation, and things of that nature."

He continued, "In addition…there was an insensitivity to socio-economic status as well as a disregard for the children who weren’t physically in the classroom."

The report explained they had "conversations" with the school to offer suggestions, but were "stunned when the school dismissed their children."

The Daily Mail said, "The parents thought that conversations with the school would help, but instead they received a termination letter for the boys."