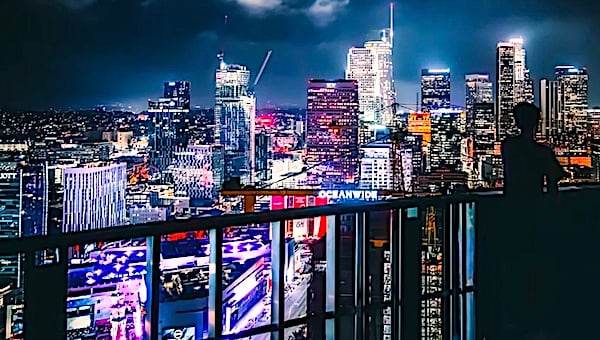 Caruso is polling at 24% compared to 23% for Bass and 6% for City Council Member Kevin de León in the city’s Democratic primary, according to a poll from the UC Berkeley Institute of Governmental Studies and co-sponsored by the Los Angeles Times. The primary will move to a November runoff unless one candidate gets more than half of the votes.

Caruso’s campaign has emphasized the city’s crime problem, according to the Los Angeles Times, and highlighted his service on the Los Angeles Police Commission. Caruso claimed during a mayoral debate that crime has fallen 30% during his time on the commission.

Los Angeles saw a 30% reduction in crime during my time as President of the Police Commission. I’ve done it before, and I will do it again as your Mayor. #CarusoCan⁠ pic.twitter.com/UUGti9XXHY

“The city we love is in a state of emergency. Rampant homelessness, people living in fear for their safety and politicians in city hall just in it for themselves,” Caruso said in a campaign commercial. “Together we can clean up L.A.”

Bass’ campaign has focused on social and economic justice, and she does not view increased policing as the answer to the city’s crime problem. She said community organizations and trained experts, rather than law enforcement, must be given resources to deal with the root causes of crime on her campaign website.

“We have to prevent the conditions that lead to crime and rehabilitate people who have made mistakes,” she said on Twitter when announcing her plan to combat crime. “We can have safety and justice at the same time.”

My father was a letter carrier. My mother was a homemaker. They raised me to make a commitment to spend my life fighting for social and economic justice.

That’s what I’ve done and that’s why I’m running for mayor. pic.twitter.com/hkud7Okf6T

Brazen crime in the Los Angeles area has grabbed national headlines, and violent crime has seeped into upscale neighborhoods including Beverly Hills. Crime in the affluent commercial neighborhood of West Hollywood rose 137% in 2022, according to KTLA News.

Bass and Caruso did not immediately respond to the Daily Caller News Foundation’s request for comment.