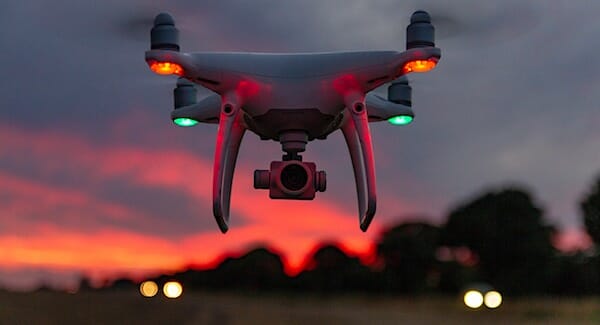 (Image by Sebastian Gößl from Pixabay)

Mexican cartels have a virtual airline of drones being flown over the United States to observe law enforcement and border security operations, according to a new report.

The Washington watchdog Judicial Watch said in a special Corruption Chronicles report the cartels have completed more than 9,000 drone flights into U.S. airspace in the last year.

That comes from a "senior Homeland Security official" who was interviewed, the report said.

"The drones are observing federal, state, county, and city agencies near the Mexican border, including the U.S. Border Patrol, Texas Department of Public Safety, Texas National Guard, county sheriffs and local police. The Border Patrol, which operates under Customs and Border Protection (CBP), has captured about a dozen of the drones, and accessed the Unmanned Aerial Vehicles’ (UAVs) guidance and memory systems to gain intelligence information, according to a high-level official at the agency," the report explained.

The watchdog explained it learned of the drone flights on a recent visit to the southern border and specifically while interviewing federal officials at the CBP Rio Grande Valley sector.

"Judicial Watch is further investigating the matter and has filed a Freedom of Information Act (FOIA) request with CBP, the 60,000-member agency charged with keeping terrorists and their weapons out of the U.S., for all records regarding the use of drones by criminal organizations operating along the U.S.-Mexico border for the purpose of surveilling U.S. law enforcement officials or otherwise facilitating illegal activity," Judicial Watch reported.

Judicial Watch reported that federal officials on the scene said that cartels use the drone programs to make sure their human smuggling and drug trafficking programs are a success.

The watchdog, which frequently files Freedom of Information cases – both requests and lawsuits – said Brandon Judd, chief of the union representing thousands of Border Patrol agents, said the drones also are used to smuggle small amounts of drugs into the U.S.

"They are dropping fentanyl,” Judd told Judicial Watch. "They fly into certain locations, drop them to the ground and fentanyl is taken off of them and they take back off into Mexico."

The report explained reports of drones being used surfaced only a few years ago, when agents in the El Paso sector reported witnessing what they believed to be a drone being used to act as a "lookout.'

"An agent monitoring the border with an infrared camera discovered the drone traveling north into the U.S. from Mexico," Judicial Watch said the report documented.

And then, "Last year Mexico’s largest newspaper reported that some of the country’s most notorious cartels, including Jalisco Nueva Generación, used drones with explosives to attack police in the western part of the country."