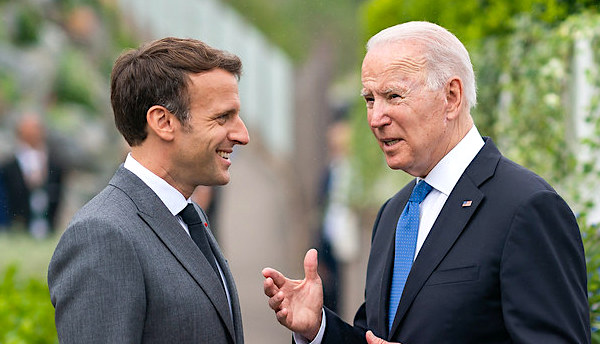 President Joe Biden and French President Emmanuel Macron talk prior to the first session of the G7 Summit on Friday, June 11, 2021, at the Carbis Bay Hotel and Estate in St. Ives, Cornwall, England. (Official White House photo by Adam Schultz)

(ADNAMERICA) -- French President Emmanuel Macron was re-elected to a second term Sunday evening with 58.8% of the vote, according to reports from the Ipsos polling institute, reports France 24 News from France.

Marine Le Pen, Macron's far-right challenger won 41.2% of the vote in an election that may have been a historical landmark as the country’s highest abstention rate in 50 years.