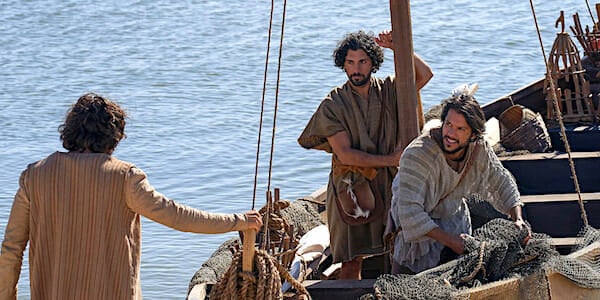 (CHRISTIAN POST) – Who is vandalizing "The Chosen" billboards? Angel Studios, the company behind the hit Christian streaming series about the life of Jesus, “The Chosen,” unveiled a satirical promotion ahead of Easter showing that many of its billboards had been vandalized.

Earlier this week, 48 of the 70 billboards across the United States promoting “The Chosen” were defaced with graffiti. Some billboard ads now feature funny doodles over faces and a link to the website “chosensux.com.”

On the webpage, accessed by The Christian Post on Thursday, there was a link to the app that runs the series and a link to a YouTube video titled “Stop watching The Chosen ... it is not good.”