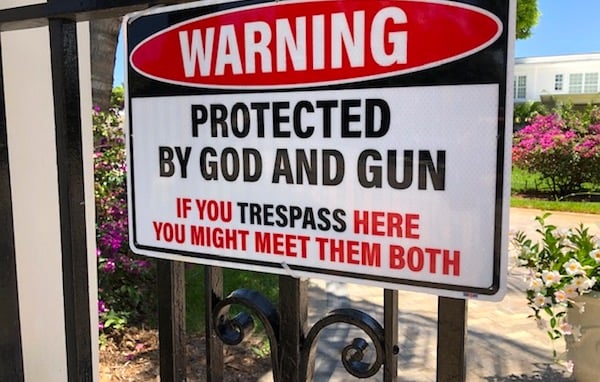 While the Biden administration pushes for tighter gun control in America, the national news media are apparently ignoring one major city where strict gun control is already in place, yet shootings are incessant.

"More people were shot in Chicago this weekend than anywhere else but corporate media won't mention it," splashed a headline Sunday on The Liberty Daily.

Breitbart News reported at least 14 people were shot with one fatality in the Democrat-run stronghold from Friday into Sunday morning.

Last weekend, 27 people were shot, six of them fatally.

And according to the Chicago Tribune, some 145 homicides occurred in the Windy City from the first of this year through April 9, with 2021 being the deadliest year the city experienced in a quarter century.

"Chicago Police Department reported 797 homicides in the city in 2021, the most in Chicago since 1996 and more than any other city in the country," the Hill reported.

J.D. Rucker at the Liberty Daily explains, "America's corporate media only covers the stories that go along with the narrative they've been instructed to propagate by the powers-that-be. When it comes to shootings, for example, they will either offer wall-to-wall coverage for weeks or they'll completely ignore the story altogether, depending on what the prevailing circumstances were.

"We've seen a few 'mass shootings' over the past week that conveniently happened right when the Biden regime announced their push for gun control. A conspiratorial person might think it's all by designed considering how we went so long without much news of 'mass shootings' and now it's almost a nightly event.

Are the national media ignoring the large numbers of shootings in cities where strict gun-control laws already exist?
100% (1138 Votes)
0% (3 Votes)

"What they won't tell you is that shootings happen constantly in Chicago and other Democrat hellhole cities across the country. There were more people shot in Chicago this weekend than any of the 'mass shootings' that took place, yet you don't hear about it. The reason for this is obvious. Chicago already has the most draconian gun control laws in the nation and as easily predicted by anyone who pays attention to such things, they have resulted in MORE shootings.

"Where guns are free to be carried, criminals are more reluctant to engage in violent crimes because they know they could get shot by anyone around them. In cities like Chicago, the only people who concern criminals because they might have a gun are other criminals."

Is the bad news we hear every day actually broadcasting a portion of the Good News of the Bible? The answer is an absolute yes! Find out how!