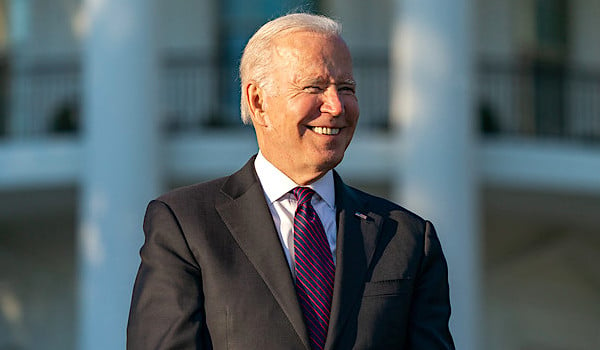 A key consumer price metric used by the government to measure inflation soared 8.5% over the last 12 months — the fastest pace of inflation since December 1981 — the Department of Labor (DOL) announced Tuesday.

The Consumer Price Index (CPI) increased 1.2% between February and March, the fastest month-over-month figure since 2005, according to the Labor Department report released Tuesday morning. Economists surveyed by the Dow Jones projected that CPI would increase 1.1% last month and 8.4% over the 12-month period ending in March, CNBC reported.

“We’re seeing strong inflation momentum across the board, both for goods and services,” Blerina Uruci, a U.S. economist at T. Rowe Price Group, told The Wall Street Journal.

The White House warned Monday that the CPI figures would be “extraordinarily elevated” ahead of the report, but blamed Russian President Vladimir Putin. Gasoline prices hit record highs in March after Russia’s invasion of Ukraine which disrupted global energy markets dominated by Russian supplies.

“Because of the actions we’ve taken to address Putin — the Putin price hike, we are in a better place than we were last month,” White House press secretary Jen Psaki told reporters at a press briefing. “But we expect March CPI headline inflation to be extraordinarily elevated due to Putin’s price hike.”

“We expect a large difference between core and headline inflation, reflecting the global disruptions in energy and food markets,” she added.

But core CPI, which measures prices of all goods excluding the historically-volatile energy and food categories, still rose 6.5% between April 2021 and March, the DOL said. While lower than the headline figure, the core inflation number reported Tuesday still represented its largest jump since August 1982.

Inflation has surged over the past several months: CPI surpassed the Federal Reserve’s 2% benchmark in May 2021 and has since precipitously climbed higher, according to federal data. Inflation increased a whopping 7.5% and 7.9% in January and February respectively, before Putin ever ordered troops to assault Ukraine.

Prices for new and used vehicles, rent, medical care, commodities and transportation costs like airline fares have all skyrocketed over the past year, the Tuesday report showed.

“As expected, inflation soared in March,” Joel Naroff, the chief economist of the Pennsylvania-based economic consulting firm Naroff Economics, told the Daily Caller News Foundation. “But it wasn’t just energy, which continued to spike as a consequence of Russia’s invasion of Ukraine. Food, clothing, medical care and transportation were all up sharply as well.”

While recent jobs reports have shown strong growth, Americans are more concerned about inflation when it comes to the economy, according to a CBS News poll released Monday. Just 31% of those surveyed said they approved of President Joe Biden’s handling of inflation.

Small business owners listed inflation as the biggest issue facing them, a survey released Tuesday by the National Federation of Independent Business showed.

The dotted line is Putin’s invasion of Ukraine.

Critics, meanwhile, have accused the Federal Reserve of failing to properly act as prices have shot up across sectors over the last 12 months. Fed officials have turned their focus too much toward social justice issues instead of monetary policy, a recent Independent Institute report concluded.

“This is a direct result of Biden’s Federal Reserve being too preoccupied with ‘diversity,’ ‘equity,’ and ‘climate change’ while ignoring all the warning signs on inflation for more than a year,” E.J. Antoni, a research fellow at The Heritage Foundation’s Center for Data Analysis, told the Daily Caller News Foundation. “The Fed is laughably behind the curve and people are demonstrably poorer because of it.”

Prior to the report Tuesday, Antoni predicted the 12-month figure to reach 8.3% and the month-over-month number to surpass 1.0%. He added that, under his projections, real wages would be down over 4.0% since Biden took office in January 2021.

Republicans on the Senate Banking Committee have repeatedly slammed the Federal Reserve for its persistent push to address climate change in recent months. The lawmakers said the Fed is increasingly focusing on areas outside of its congressional mandate.