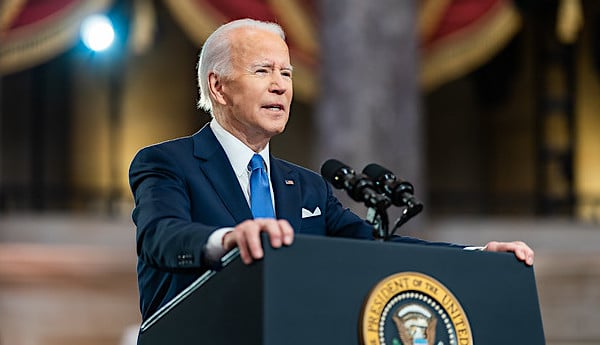 The pipeline — which would transport natural gas to an under-serviced area south of Louisville, Kentucky — cannot be constructed pending further environmental review, the U.S. Army Corps of Engineers (USACE) confirmed to the Daily Caller News Foundation on Tuesday. The USACE finalized the reversal on April 20, but the administration appears to have not issued any public announcement or press release about the action.

“The Corps has suspended the Nationwide Permit 12 (NWP) verification previously issued for this project,” USACE spokesperson Katie Newton told the DCNF in an email. “A decision will be made either to reinstate, modify, or revoke the authorization under the NWP pending completion of formal [Endangered Species Act (ESA)] consultation.”

The Fish and Wildlife Service (FWS) recommended that the USACE rescind the permit after two environmental groups, the Center for Biological Diversity and Kentucky Resources Council, threatened to file a lawsuit over the project. The groups sent a 60-day notice of intent (NOI) to sue for alleged violations of the ESA to the Department of the Interior, FWS and USACE on Feb. 28.

“Kentucky’s endangered bats can’t wait any longer for protection from habitat destruction, so this is an important step,” Perrin de Jong, a staff attorney at the Center for Biological Diversity, said in a statement.

Louisville Gas & Electric (LG&E), the largest utility company in the state, announced it would build the 12-mile natural gas transmission pipeline stretching across Bullitt County, Kentucky, years ago, gaining local approval for the project in 2017. In September, the USACE approved the project after a lengthy review, local media reported.

But in their NOI, the environmental groups said the USACE, which had determined endangered species wouldn’t be harmed by the project, failed to “utilize valid surveys” when examining the area, arguing that evidence suggests there is an extensive bat cave and habitat along the route. The FWS and USACE are required to examine impacts of species listed under the ESA when approving such projects.

“We understand that the U.S. Army Corps of Engineers and U.S. Department of Fish and Wildlife Services have reinitiated consultation,” LG&E spokesperson Natasha Collins told the DCNF.

“LG&E remains committed to completing this important infrastructure project to ensure reliability of service and to meet the needs of the communities we serve,” she continued.

If constructed, the pipeline would travel along an existing electric transmission line and serve up to 10,000 customers, LG&E COO Lonnie Bellar wrote in an editorial in 2019. Dozens of county residents, including a new school, recovery clinic, housing development and industrial warehouse, have been denied natural gas due to lackluster infrastructure, he said.