Having made a show of their opposition to federal mask mandates for nearly a month in the Washington, D.C., area, the People's Convoy is heading back to California where the state government is preparing to vote on several bills the deal with COVID and could not only restrict individuals' rights but enshrine those restrictions in state law.

"If the legislation passes, laws will be made that will make all state residents, including children, legally bound under criminal penalty of law to give up their basic medical freedoms in order to participate in society," according to a press release from the People's Convoy.

The convoy is taking a stand against 10 bills pending in the California Legislature:

The odd thing is that California is taking this stand as many states, including ones run by a liberal government, are easing up if not doing away with their mandates.

The bills, if passed, would allow the state to override a physician's opinion, parental rights, patient privacy and personal opinion, among others. Many of them fly in the face of the U.S. Constitution and federal law, such as HIPAA.

Marcus Sommers, co-lead organizer, says, "We're leaving the D.C. area, but we are not abandoning this mission. Everything that we see in these 10 bills in California is in the bull's-eye of what we oppose. To not raise the alarm and bring pressure against these measures would be a dereliction of duty. 'The People's Convoy' is in this for the long haul."

Members of The People's Convoy left California in late February and traveled across country to Washington, D.C., where they spent weeks circling the city on the beltway and then traveling through it. Their intent was not to stop traffic as the Ottawa convoy did, but to demonstrate the huge amount of support they had to federal officials. They also met with several Republican lawmakers to talk about their concerns.

While the Democrats and media tried to ignore the convoy activists, their actions showed that they were afraid of them. Not only didn't any of the Democrats meet with convoy members, they acted as if the convoy was putting the capital city under siege. A barrier fence was erected around the Capitol. Police tried to block the truckers from entering the city.

It showed the world that Democrats knew they were in the weaker position.

The media and California Democrats are following the same playbook. Mainstream news outlets are ignoring the bills and hoping they can be voted upon and enacted before anyone realizes what happened.

The announcement that the convoy is returning to California will change that, though.

The California legislators, like their Democrat colleagues in Washington, will undoubtedly refuse to meet with the truckers and perhaps sic the police on them.

Attempts have been made previously to pass some of these bills and failed. What does that tell you about them? They are too restrictive even for what is arguably the most liberal state in the nation.

California is already suffering from a net outflow of population. Laws like these will only accelerate it and harm businesses operating in the state. 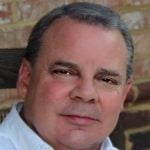