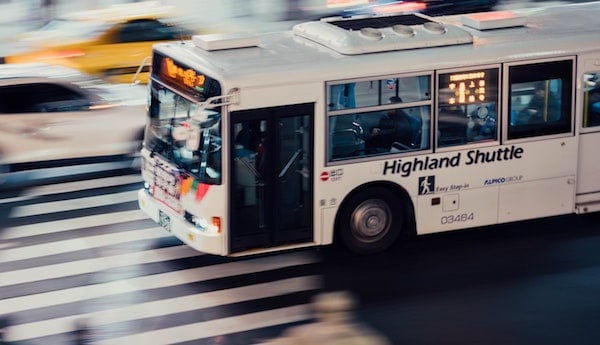 Anticipating an unprecedented flood of illegal aliens resulting from the lifting of a Trump policy, Texas Republican Gov. Greg Abbott announced Wednesday his state will provide border communities with charter buses to transport the migrants to the steps of the U.S. Capitol in Washington, D.C.

Abbott said the migrants will fare better in the nation's capital, where the Biden administration can "more immediately" address their needs, the Texas Tribune reported. 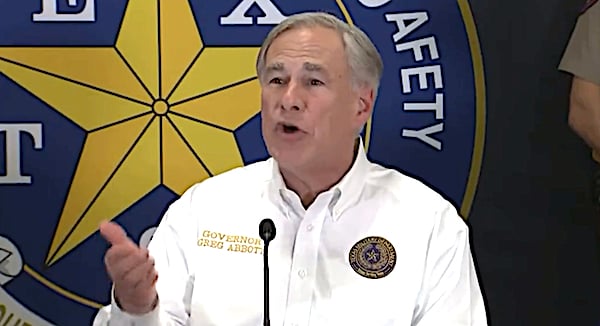 Texas Republican Gov. Greg Abbott announces April 6, 2022, his state's plan to counter the flood of illegal aliens that will result from the expiration of a Trump policy by shipping migrants to Washington, D.C. (Video screenshot)

Last week, the Biden administration said the public health order Title 42 – which allows border officials to immediately expel anyone from a country where a communicable disease such as COVID-19 is rampant – will end May 23. So far, it has been used to turn away more than 1 million asylum seekers. President Biden was under pressure from his far-left base to eliminate the law implemented by former President  Trump, which has been upheld in court during the Biden administration.

Rolling Stone magazine reported the Texas announcement Wednesday with the headline "Greg Abbott Stakes Claim as Most Evil Governor in America With Plan to Bus Immigrants to Washington, D.C."

However, intelligence officials have said that as many as 170,000 people are waiting to apply for asylum. And a DHS draft document issued last month warned that the pre-pandemic practice of processing immigrants who cross the border illegally through the normal asylum process would "seriously strain" border resources, leading to a humanitarian crisis.

DHS officials expressed concern in the document about "historically and unseasonably high" numbers of immigrants crossing the border without authorization.

Reporting one week ago from the border for "War Room," Ben Bergquam said, based on his interviews with migrants in Mexico, that the lifting of Title 42 creates "an invitation for the world to come."

He anticipated that in the weeks leading up to May 23 there will be a "massive wave of people coming to the southern border and just waiting for that date."

He cited Sheriff Joe Frank Martinez of Eagle Pass, Texas, a Democrat, saying it’s not going to be a crisis, it’s going to be a "disaster."

Bergquam noted that many migrants have died in their effort to reach the U.S., and he expects that with the lifting of Title 42 there will be many more deaths.

"We're going to see more drownings, more dead people out in the desert, people that are trying to get across because they know the invitation is ripe," he said.

'A massive crash trajectory'
A multi-agency unit from the Departments of State, Justice, Defense and Health and Human Services has been formed to handle the anticipated influx, Axios reported.

An ICE officer said agency employees who work inland have received a memo informing them that they could be deployed to the border.

"We are on a massive crash trajectory for the system," the officer told the Washington Times.

DHS officials said Tuesday they could be handling more than 500,000 asylum seekers each month.

In the first of a four-part miniseries on the border crisis by the Republican National Committee, Sen. Ted Cruz, R-Texas, charged Democrats are "turning a blind eye" to the problem.

Cruz said he has asked Senate Democrats to come to the border and see for themselves, but "not one of them is willing to do it."

"They're literally turning a blind eye, and they're counting on the corporate media to cover it up," the senator said.

Also in the RNC video is an interview with Rep. Tony Gonzalez, R-Texas, who argued the crisis harms migrants as well as Americans.

"These are people. These are real people there, right? So the migrants that are jumping off of trains and getting hurt – in some cases losing arms and limbs, that's part of the 2 million," he said.