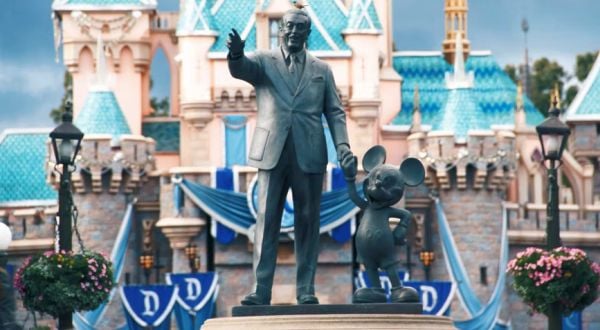 The Walt Disney Company's embrace of radical transgender activism largely is influenced not by disgruntled and activist employees but by the entertainment giant's biggest investors, contends entrepreneur and political commentator Vivek Ramaswamy.

The author of 2011 New York Times bestseller "Woke, Inc.: Inside Corporate America’s Social Justice Scam" explained in a Fox News interview what he believes prompted Disney CEO Bob Chapek to speak out against Florida's parental rights legislation, which was mischaracterized by opponents as the "Don't Say Gay" bill. The law bans teachers from giving classroom instruction on "sexual orientation" or "gender identity" in kindergarten through third grade.

There certainly was pressure from employees, Ramaswamy acknowledged, but "there's a quieter undercurrent here, too."

He pointed out that the company's three largest shareholders are the nation's three largest asset managers, BlackRock, State Street and Vanguard Group. Together they manage more than $20 trillion, which is more than the GDP of the United States.

"Actually, if you’re a CEO in a public company today, you find yourself sandwiched not just between your progressive, woke employees," he said, but also the shareholders, who are "quietly whispering in your ear that they want to see you doing the same things too."

"So it runs far deeper, and it's far more complicated," said Ramaswamy, the executive chairman of the biopharmaceutical company Roivant Sciences.

Disney CEO Bob Chapek appeared to bend the knee to a small group of radical employees, but the real problem runs deeper: his top 3 "shareholders."

They represent a $20 trillion cartel that pushes companies to advance political agendas. And they're using your money to do it. pic.twitter.com/sXLDR9Bu5Y

As BizPac Review noted in an article on the interview, Wall Street is observing a trend in which companies are deferring to "stakeholder" interests rather than the interests of shareholders. That amounts to powerful entities with political agendas having sway over private individuals who invest in companies.

"It is not a social or ideological agenda. It is not 'woke.' It is capitalism, driven by mutually beneficial relationships between you and the employees, customers, suppliers and communities your company relies on to prosper," Fink said in a letter to CEOs last year, according to the Washington Examiner. "This is the power of capitalism."

The World Economic Forum – known for its globalist "Great Reset" initiative and Davos meetings of top political and economic leaders – advocates "stakeholder capitalism." According to WEF, it means that rather than pursuing profits, companies would "pursue the wellbeing of all people and the entire planet."

Ahead of WEF's January meeting, founder Klaus Schwab published an op-ed about the need for a "Davos Manifesto" for "a better kind of capitalism."

"Business leaders now have an incredible opportunity. By giving stakeholder capitalism concrete meaning, they can move beyond their legal obligations and uphold their duty to society," Schwab wrote. "They can bring the world closer to achieving shared goals, such as those outlined in the Paris climate agreement and the United Nations Sustainable Development Agenda. If they really want to leave their mark on the world, there is no alternative."