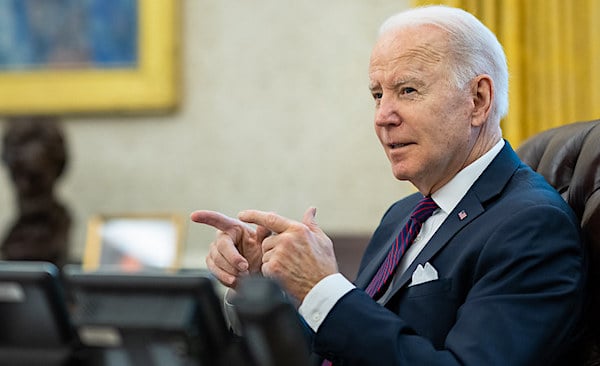 Days before the New York Post reported Hunter Biden's closest business partner made at least 19 visits to the White House –including a sitdown with then-Vice President Joe Biden in the West Wing – Wikipedia deleted its entry for the investment company co-founded by the partner and the president's son.

The Rosemont Seneca Partners page was removed Wednesday on the grounds that it was "not notable," the Post reported.

"This organization is only mentioned in connection with its famous founders, Hunter Biden and Christopher Heinz," said a Wikipedia editor identified only as Alex.

The editor warned that "keeping it around" ran the risk of the page becoming "a magnet for conspiracy theories about Hunter Biden."

The Post said arguments among Wikipedia editors to merge the story with Hunter Biden's official entry were also overruled.

"If a Trump-linked company had its Wikipedia page wiped or one from the Russia probe, it's more than a safe bet to say that CNN would be dedicating multiple reporters to following the internet trail," he said.

It turns out that the president of Rosemont Seneca Partners, Eric Schwerin, made at least 19 visits to the White House and other official locations between 2009 and 2015, including a sitdown with Joe Biden in the West Wing of the White House, the Post reported Saturday, three days after it reported the Wikipedia deletion.

Joe Biden, meanwhile, has insisted repeatedly that he had no specific knowledge of his son's business dealings and never discussed them with him.

But visitor logs from the White House during the Obama administration indicate otherwise. They show that Schwerin met Biden in the West Wing on Nov. 17, 2010.

It was through Rosemont Seneca Partners that Hunter Biden struck a deal with the communist-government-owned Bank of China that created a $1 billion investment fund called Bohai Harvest RST.

The deal was negotiated during Hunter Biden's trip to Beijing on Air Force Two with his vice president father in December 2013.

Sen Ron Johnson, R-Wis., said media should be asking why business associates of Hunter Biden such as Schwerin had the privilege of meeting the vice president of the United States in the White House.

"This is additional evidence that Joe Biden lied when he said he never discussed Hunter’s foreign business dealings," said the senator, who has led an investigation with Sen. Charles Grassley, R-Iowa, of the Biden family's business dealings.

"It's well past time for the corporate media to demand the truth from Joe Biden," he said. "The corruption of Biden Inc. must be exposed."

The Post's report on the 19 White House visits came up at the daily press briefing on Monday.

PBS reporter Lisa Desjardins asked press secretary Jen Psaki: "The New York Post is reporting — looking at White House visitor logs, there were 19 visits to the White House while the President was vice president by Hunter Biden’s business partner, including one with the Vice President. Could you help us understand why that business partner had access and what those meetings were about?

Psaki replied: "I don’t have any information on that. I'm happy to check and see if we have any more comment."

Just prior to the exchange, a reporter on the White House lawn asked Biden why he met with his son's business associates. The president didn't respond and kept walking.

Promotion
The National Pulse reported Monday that President Biden has given a promotion to Geoffrey Pyatt, the U.S. ambassador to Ukraine who attacked the investigation into the corrupt energy company, Burisma, that paid Hunter Biden more than $83,000 a month to serve on its board.

Pyatt, who has been nominated to serve as assistant secretary of state for energy resources, would become the president’s leading official on energy security after serving as ambassador to Greece.

"They wanted every record relating to Hunter Biden we had," said Clint Lancaster, who represented Lunden Roberts, a woman who filed suit against Hunter Biden in 2019 alleging he was the father of her child.