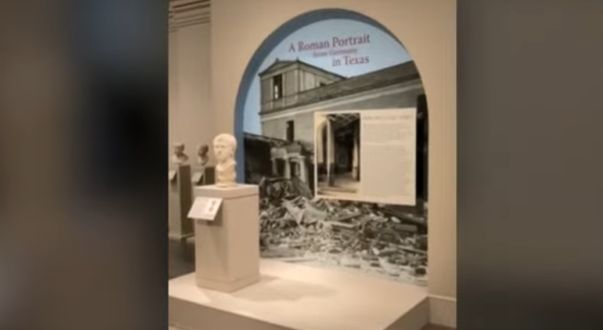 (OREGON LIVE) – A priceless work of Roman art went missing after World War II — until it was sold for $34.99 at a Goodwill store in Texas.

The marble bust, titled simply “Portrait of a man,” was sculpted some time in the 1st century B.C. or early A.D., according to the San Antonio Museum of Art, where it is on display as of May 4.

How it traveled 2,000 years and untold miles to a resale store in Austin is a mystery only partially unraveled.

WND News Services
These reports are produced by another news agency, and the editors of WND believe you'll find it of interest.
'I was deceived': New York becomes tent city, watch residents blast Biden's border policies
'I was this lamb that was slaughtered': Sharon Osbourne relates run-in with 'cancel culture'
Hundreds of enraged residents of major U.S. city clash over homeless megaplex
Democrat ex-congressman going back to prison for fraud in many elections
Hurricane Ian's affects on vital industry may send shockwaves beyond Florida
See more...