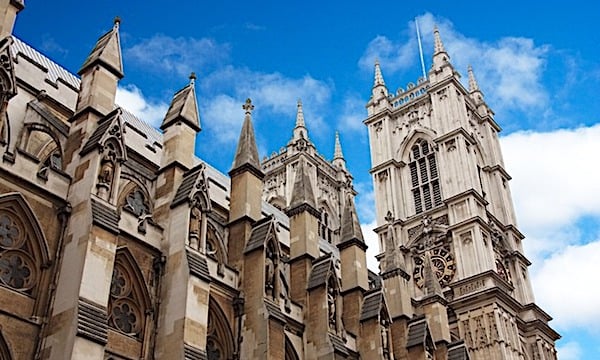 Westminster Abbey in England (Image by PublicDomainPictures from Pixabay)

(TIMES OF ISRAEL) -- The Church of England on Sunday apologized for anti-Jewish laws that were passed 800 years ago and eventually led to the expulsion of Jews from the kingdom for hundreds of years.

A special service held at Christ Church Cathedral in Oxford was attended by Britain’s Chief Rabbi Ephraim Mirvis and representatives of Archbishop of Canterbury Justin Welby to mark the Synod of Oxford, passed in 1222.

The synod forbade social interactions between Jews and Christians, placed a specific tithe on Jews, and required them to wear an identifying badge. They were also banned from some professions and from building new synagogues. The decrees were followed by more anti-Jewish laws, and eventually the mass expulsion of England’s 3,000 Jews of the time in 1290.

WND News Services
These reports are produced by another news agency, and the editors of WND believe you'll find it of interest.
No one knows how many minor girls are getting 'gender-affirming' mastectomies
Top Dem says U.S. is ready to ban gasoline cars, but he himself drives a gas-guzzler
Dozens of deputies deprived of guns and badges due to 'unsatisfactory' psych exams
Can HIV-positive student be in U.S. Armed Forces? Pentagon finally decides
Telling a student to get an abortion could be a felony, universities warn
See more...