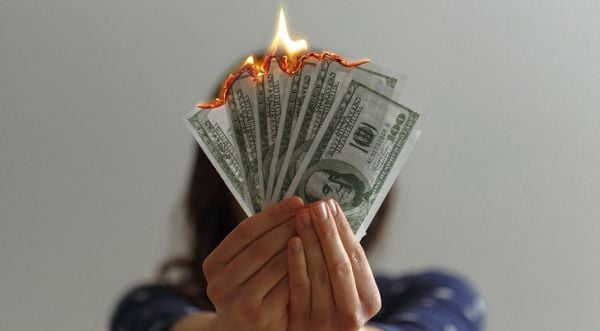 (Image by Gunjan2021 from Pixabay)

The stock market has been in turmoil ever since Joe Biden's economic policies started kicking in late last year.

The prices had surged to record highs under President Trump, and even during COVID had maintained a significantly positive presence.

They've been declining for months now, and on Wednesday, took a 1,000 point hit.

So what does the Biden administration think?

"Not something we keep an eye on every day," said spokesman Karine Jean-Pierre.

This is not going that well. https://t.co/SfHUw3pKwu

There was an immediate wave of comment on social media, including a video posted from President Trump, before the 2020 election, warning America if Biden was elected, "the stock market will crash."

Always so prescient. “If he’s elected, the stock market will crash.” pic.twitter.com/QFd5Im0Rzw

Business Insider reported the Dow Jones was down more than 1,100 points on Wednesday, and was at a level of about 31,500.

Wednesday's victims included Target, down as much as 28%, as it reported a "surge in fuel and freight costs" could contribute to a "hit" of "at least $1 billion" this year.

The report added, "Lowe's also saw an earnings-related decline on Wednesday, and Home Depot sold off considerably despite it beating earnings estimates on Tuesday. Investors are now pointing to the big earnings misses from retailers as an added sign that an economic recession is imminent."

Many are predicting a full-blown recession.

A commentary published at Twitchy said it was Fox's Peter Doocy who asked Jean-Pierre about the stock market.

"Her response was something else."

Karine Jean-Pierre was asked about today's stock market dive and her response was:

"We do not- that's not something we keep an eye on every day."

You know who does keep an eye on the markets every day? People watching their 401k tank faster than Biden's approval.

Karine Jean-Pierre: The stock market is "not something we keep an eye on every day." pic.twitter.com/u2hwXffvlM